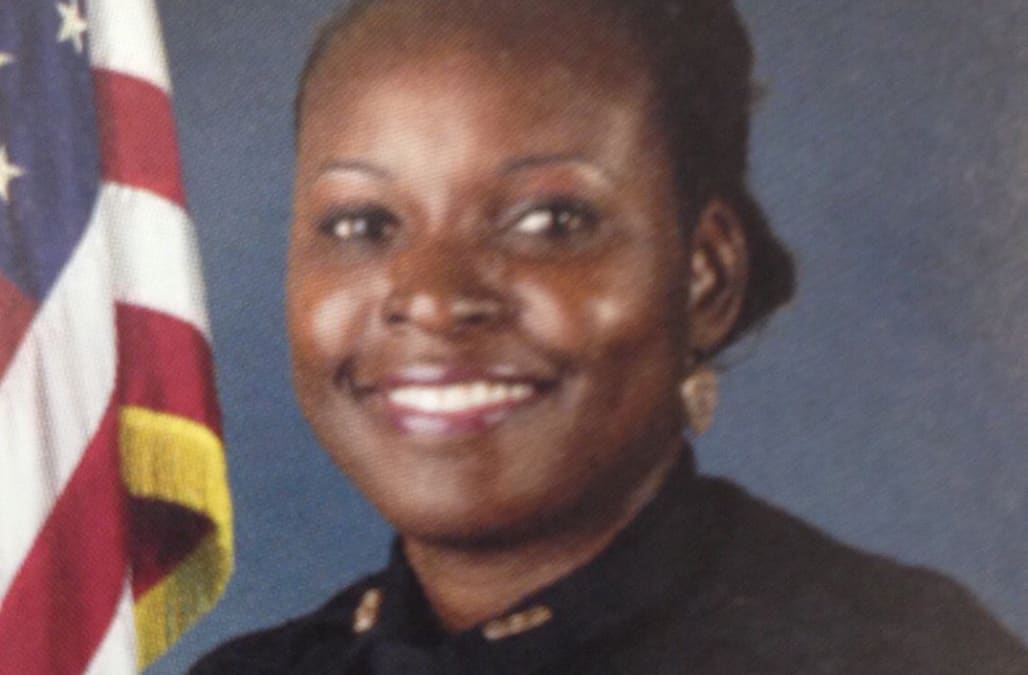 (Reuters) - A man wanted for killing his former girlfriend fatally shot an Orlando, Florida, police officer on Monday, authorities said, prompting a manhunt and a reward of up to $60,000.

Helicopters buzzed the skies while scores of police shut streets and went door to door in their search for the suspect, identified as Markeith Loyd, 41. He is considered armed and dangerous.

SEE ALSO: After violently assaulting and raping his girlfriend, this man took to Facebook with photos of the injuries he caused

An Orange County sheriff's deputy in the manhunt for Loyd was killed in a collision between his motorcycle and a van, the office said. The driver of the van was a 78-year-old man, according to local TV station News 6.

"We are bringing this dirt bag to justice," Orlando Police Chief John Mina said of Loyd at a news conference. Mina said federal agents have joined the search and that he was confident Loyd will be caught.

"We will track him down to the ends of the earth," he told a later news conference.

Authorities said the slain officer, Master Sergeant Debra Clayton, was shot while responding to a sighting of the suspect at a local Walmart. Loyd fired at her and she returned fire, Mina said, adding that he did not believe Loyd was hit.

Loyd fled the shooting scene outside the store in a car and fired at a deputy who tried to the stop him, authorities said. The deputy was unharmed.

Orlando Mayor Buddy Dyer declared a day of mourning after the officers' deaths.

Authorities have been trying to capture Loyd in connection with the December murder of a pregnant woman, the Orange County Sheriff's office said.

According to online jail records, Loyd also had been booked in October in Orange County on charges including burglary, attempted carjacking and violation of a pretrial release.

Clayton, a 17-year veteran of the Orlando Police Department, died at a hospital, the department said. Several photos posted on social media showed Clayton at community events, working to improve relations between police and residents.

"The Orlando Police Department family is heartbroken today," the department said on its Twitter feed, which also showed a video of officers escorting a U.S. flag-draped gurney.

Dyer said the deaths of Clayton and the deputy, whose name was withheld pending notification of relatives, will be felt throughout the city.

"On this sad day, I ask that our community stands united in support of the families of the fallen officer and deputy," he said in a statement.

Local media said Clayton was one of the first officers to respond to the Pulse nightclub shooting last June, the deadliest shooting rampage in modern U.S. history. A gunman apparently inspired by Islamic State killed 49 people and wounded 53 at the gay nightclub.