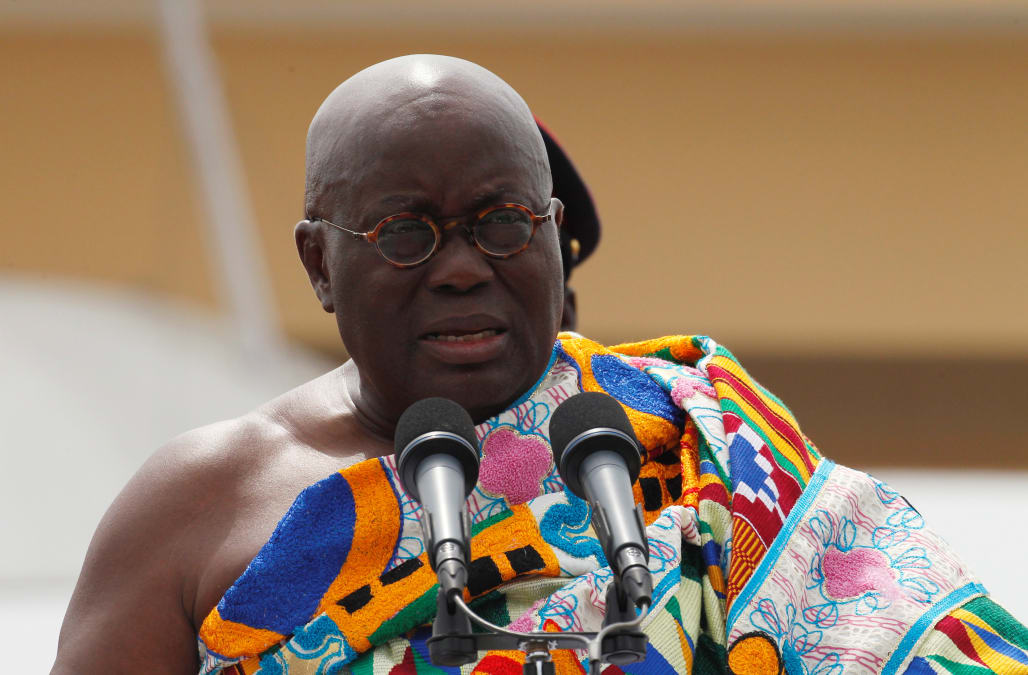 Akufo-Addo, who has not spoken out directly regarding the matter, welcomed and acknowledged leaders of nations who were present at the ceremony before coming across a string of words that sounded that likened a speech given by George Bush in 2001.

"I ask you to be citizens, not spectators, citizens not subjects, responsible citizens building your communities and our nation which is work and until the work is done," Akufo-Addo said Monday.

Though our challenges are fearsome, so are our strengths. Ghanaians have ever been restless, questioned and hopeful people and must bring to our task today the vision and will of those who came before us. The Ghanaian people have summoned the change we celebrate today. They have raised their voices in an unmistakable chorus.

Though our challenges are fearsome, so are our strengths. And Americans have ever been a restless, questing, hopeful people. We must bring to our task today the vision and will of those who came before us [...] The American people have summoned the change we celebrate today. You have raised your voices in an unmistakable chorus.

The presidential office's communications director, Eugene Arhin, has since made a public apology on behalf of Akufo-Addo for what he terms to be a "complete oversight."

your Tweet was quoted in an article by @washingtonposthttps://t.co/EGSCQGfytx

"My attention has been drawn to references being made to a statement in the speech delivered by the President of the Republic, Nana Addo Dankwa Akufo-Addo, at his swearing in on Saturday, January 7, 2017, which was not duly acknowledged," Arhin stated in a Facebook post. "I unreservedly apologise for the non-acknowledgement of this quote to the original author. It was a complete oversight, and never deliberate. It is insightful to note that in the same speech were quotes from J.B Danquah, Dr. K.A. Busia, Dr. Kwame Nkrumah and the Bible which were all duly attributed and acknowledged."