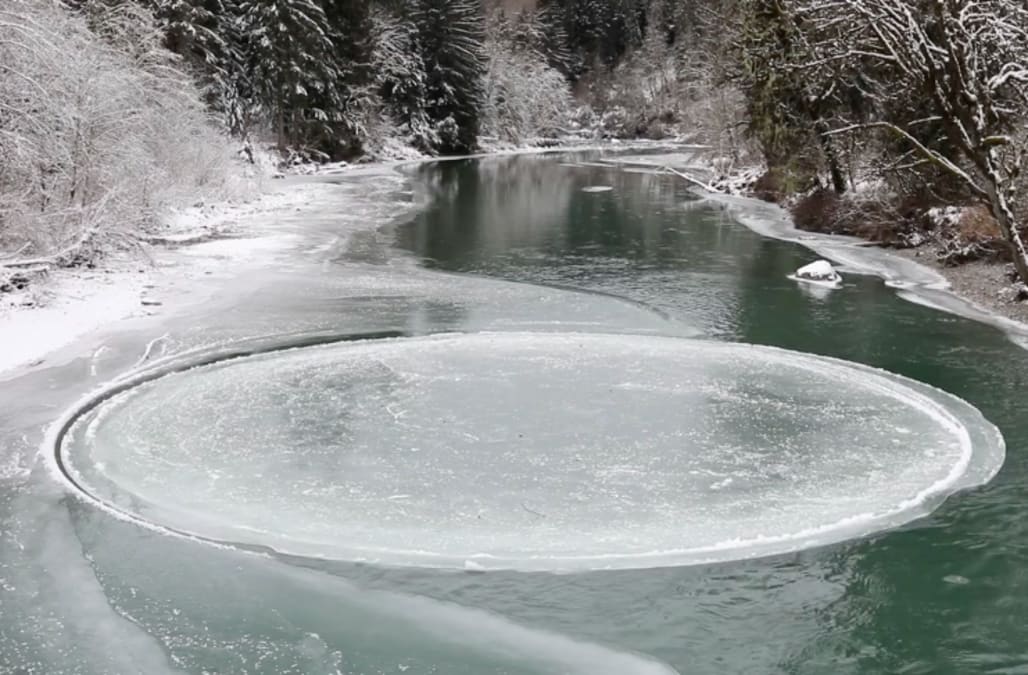 Hikers in North Bend, Washington, were treated to an unusual natural phenomenon on Saturday morning -- a massive ice circle spinning in the Snoqualmie River.

"Calm winds this week combined with 6 mornings in a row in the low 20s made for perfect conditions to form the circles," commented KCPQ Chief Meteorologist Walter Kelley on the sight.

But unlike its cousin, the "crop circle," no alien activity is suspected in the making of this natural, albeit rare, pattern.

The thin, circular slab of ice, sometimes referred to as an ice disc, forms on the outer bends of rivers where accelerating water creates a slow rotation.

As the ice spins, it grinds against other surrounding ice, smoothing it into a circle.

Here's some footage of the hypnotizing phenomenon:

Ice discs have been most frequently observed in colder climates like Scandinavia and North America, but have also been recorded further south.

And although they're rare, when they do happen to form, they can grow to be quite massive.

In 2013, an ice circle was observed in North Dakota's Sheyenne River with a diameter measuring about 50 feet in diameter.

More from AOL.com:
USGS: Magnitude 7.2 earthquake strikes off coast of Fiji
An iceberg the size of Delaware is ready to break off Antarctica
USGS: Magnitude 5.8 quake hits in Nunavut territory in far northern Canada