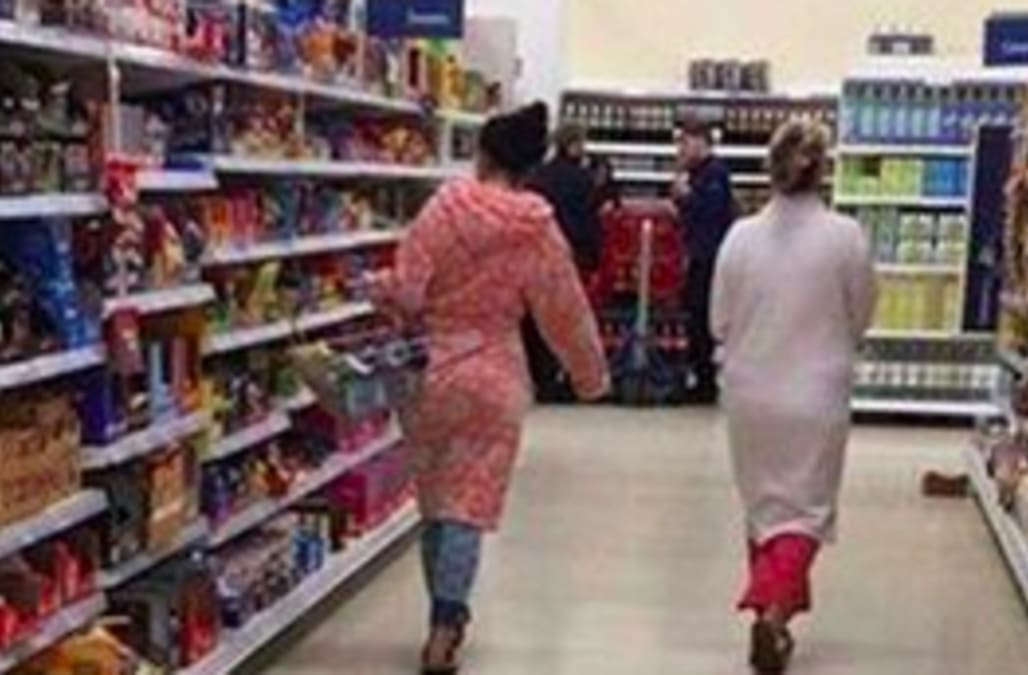 One British man's online complaint about women's pajamas has sparked a serious debate.

The Salford, UK, native posted the image to Tesco's Facebook wall with a now-deleted message, according to Mashable:

"Dear Tesco, please can you put a rule in place that people like this will not be served in your stores. It's bloody disgusting. This was at 7pm last night at your Tesco Salford store and I have seen other people dressed similar on a regular basis. I mean who doesn't have the time to get changed into clothes to go shopping."

Disgruntled commenters quickly fired back at him.

By Friday, the post had gone viral, and the hashtag hashtag #Pyjamas -- which is the British spelling of "pajamas" -- began trending.

Many people were upset that this was a topic of discussion at all.

People offended by others wearing pyjamas need something else to focus on! #pyjamas

Others think it's an important conversation to have and wearing pajamas in public violates human decency.

"We do not have a formal dress code in our stores and colleagues use their common sense and discretion when speaking to customers about this issue."

See how people have reacted to this story:

Man ignites controversy with complaint about women's pajamas
Is UK Twitter going mad over homelessness? Cuts to vital care? Oh...no, it's...it's about 2 women going shopping in #Tesco wearing #pyjamas
#pyjamas Standards of decency, etiquette, manners&self esteem have plummetted so far that we think shopping whilst wearing pyjamas is okay?!
Twitter going mad over about 2 women going shopping in #Tesco wearing #pyjamas why? Not causing any harm and Least they were covered up 🙈😐
We should all rebel go to our local supermarket or shops in our #Pyjamas at the weekend.Stick it to the moaners!
Who gives a crap if people go shopping in #pyjamas it's not for me but as long as they are wearing clothes I'm fine with it
Shopping in #pyjamas. Who literally cares if other people want to wear pjs out? And honestly how BORING must your life be if you do care 😐🙄
If you're labelling someone disgusting for going to a shop in their #pyjamas you really want to revise what you constitute disgusting.
Up Next

More from AOL.com:
Here are the fastest growing and shrinking states in the US
Elderly couple left to die in trunk after violent home invasion
Planned Parenthood is 'ready for the fight' against incoming Congress, Trump