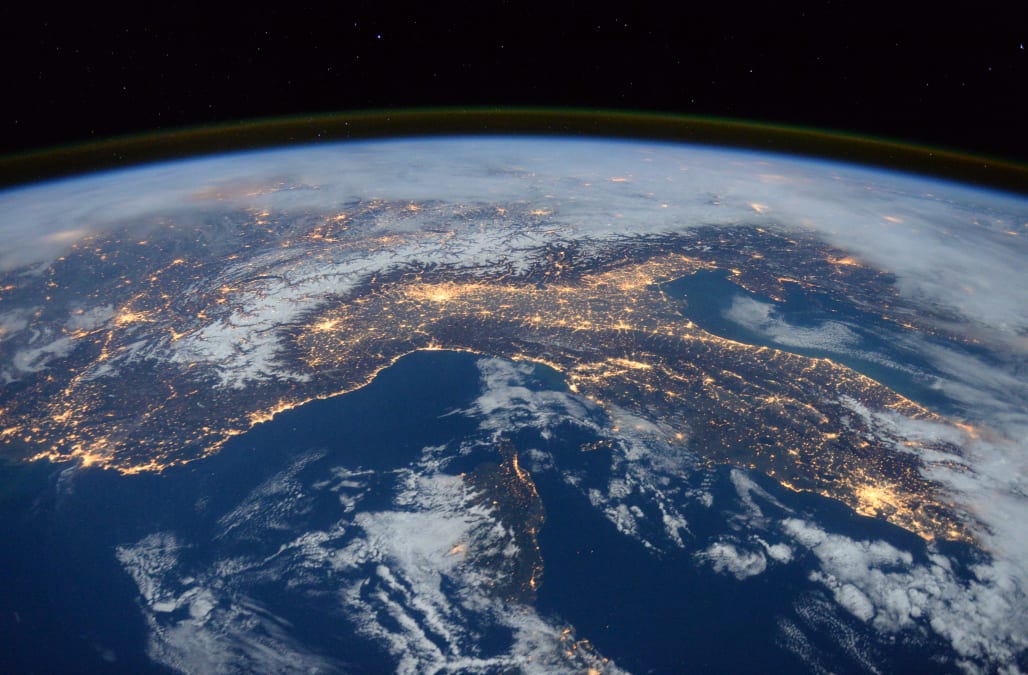 Thanks to the various space agencies, we've a pretty good sense of what some planets like Mars and Pluto look like.

Ever wonder what Earth looks like from other planets?

NASA released a stunning image Friday showing our home planet as well as the moon from Mars.

The agency notes, "From the most powerful telescope orbiting Mars comes a new view of Earth and its moon, showing continent-size detail on the planet and the relative size of the moon."

Furthermore, the agency said, "The combined view retains the correct positions and sizes of the two bodies relative to each other. The distance between Earth and the moon is about 30 times the diameter of Earth. Earth and the moon appear closer than they actually are in this image because the observation was planned for a time at which the moon was almost directly behind Earth, from Mars' point of view, to see the Earth-facing side of the moon."

At the time the component images were captured, Earth was approximately 127 million miles from Mars.