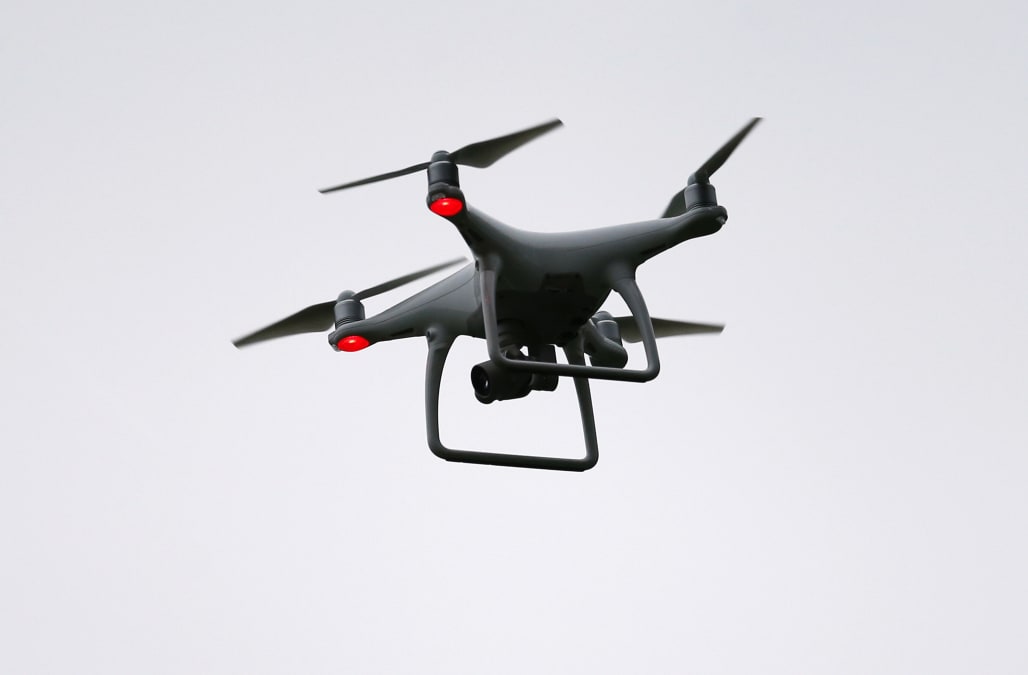 A Maryland-based company claims it can take control over an enemy drone while in flight without the use of jamming, a potential game-changer for the US military, prisons, and airports.

Started in 2010, Department 13 came out of DARPA-funded research into radio frequencies and Bluetooth technology. That was when CEO Jonathan Hunter realized his work could have real effects in mitigating radio-controlled drone aircraft — a frequent, and growing nuisance to militaries as well as the private sector.

Related: Drones being used in war

"We've learned how to speak drone talk," Hunter told Business Insider. Though D13's technology has often been described as "hacking" a drone, he likes to describe it differently. Instead, his black box of antennas and sensors, called Mesmer, is able to take over a drone by manipulating the protocols being used by its original operator.

Let's say someone is trying to fly a commercial drone over the walls of a prison complex to drop off some goodies for inmates — a problem that is increasing as off-the-shelf drones get better and less expensive. The prison can use Mesmer to set up an invisible geofence around its physical walls that stops a drone in its tracks, or takes complete control and brings it into the prison and lands it.

"If I can speak the same language as the drone, I don't need to scream louder, i.e. jamming" Hunter said.

D13 was one of eight finalists last year in a counter-drone challenge at Quantico, Va., where it stopped a drone out to one kilometer away, though the company didn't win first place (the winner, Skywall 100, uses a human-fired launcher to shoot a projectile at a drone to capture it in a net). D13 also demonstrated the ability to safely land a hostile drone with its technology at a security conference in October.

Besides setting up an invisible wall for drones, Mesmer can sometimes tap into telemetry data the drone would normally send back to the operator, or tap into its video feed. In some cases, Hunter said, it could even track down the person flying it.

The system does have its drawbacks: It only works on "known" commercial drones, so the library of drones it's effective against only covers about 75% of the marketplace, according to Scout. That number is also likely much less for non-commercial drones made for foreign militaries.

Still, once a commercial drone makes it into Mesmer's library, it's unlikely that a future software update would help it overcome D13's solution. That's because Mesmer focuses on the radio signals, not the software.

"There is not a single drone that we haven't been able to crack," Hunter said. "We're working our way through the drone families."

The company plans to have the system on the market this month.

NOW WATCH: These are the secretive 18-wheelers the US government uses to transport nukes on America's roads

SEE ALSO: An engine literally fell off a US Air Force B-52 bomber while in flight