'It wasn't random': The FBI is offering $20,000 for information on the shooting of a US consular official in Mexico 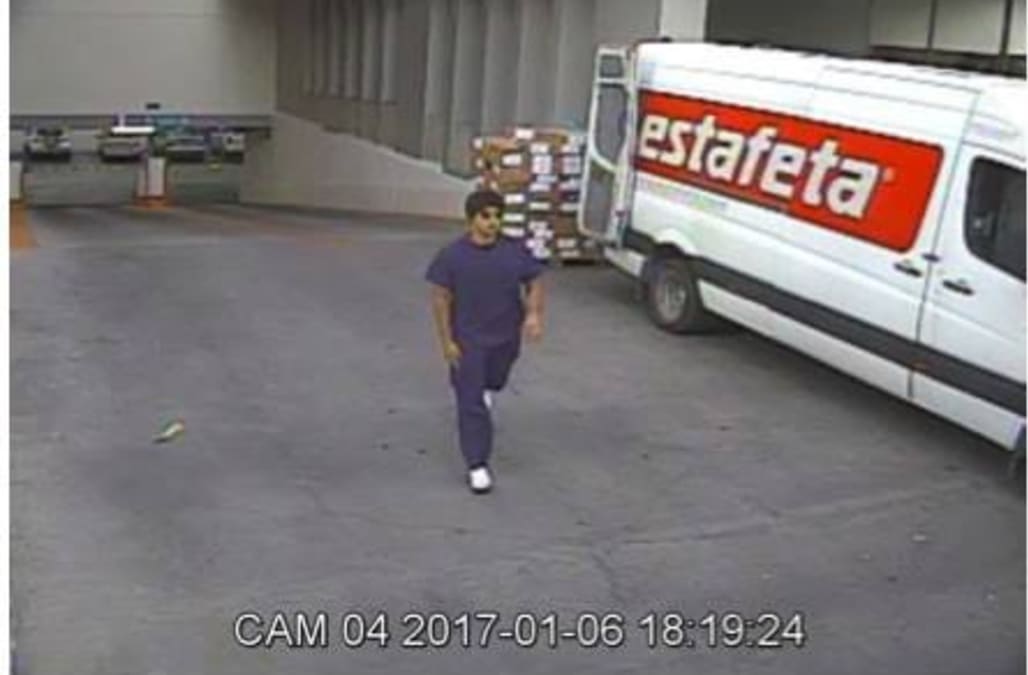 A US consular official was shot while driving out of a parking garage in Guadalajara, Mexico, on Friday a little after 6 p.m. local time.

The official, identified as Christopher Ashcraft, 31, a foreign-service officer on his first posting with the US State Department, was struck on the upper right side of his chest but is in stable condition, according to Mexican authorities.

Ashcraft works as a vice consul, a US government source told AFP.

"According to the four videos, it was a direct attack," Jalisco state attorney general Eduard Almaguer Ramirez said. Almaguer also told AFP that Ashcraft interviewed visa applicants at the embassy in the city.

The US consulate in the city, which is Mexico's second largest, released footage of the shooting as well as photos of the assailant. No motive for the attack has been established.

One clip of security-camera footage posted by the consulate on its Facebook page shows Ashcraft getting a ticket from a parking-garage machine while dressed in gym attire, then walking to his car with the suspected shooter not far behind him.

Another clip shows the suspect loitering by the street, waiting until Ashcraft's vehicle, a black Honda Fit, exits the parking garage, then taking a gun from his pocket and firing a single shot through the windshield. Another clip shows the suspect, clad in white shoes and purple pants and shirt possibly meant to appear like a nurse's uniform, running behind a van after the shooting. He was also wearing sunglasses and a dark-colored wig.

After the assailant fires and runs away, the car moves forward and stops, as people run over to the driver's side of the vehicle. Ashcraft was taken to a local hospital for treatment, where he is under protection.

Footage of the shooting is below, but it may be disturbing to some viewers.

According to the consulate's Facebook page, the FBI is offering a $20,000 reward for information leading to the identification of the shooter.

The shooter was apparently targeting Ashcraft. He asked for the US official by name at the gym reception desk and then followed him to his car, a friend of Ashcraft's told The Washington Post.

In the footage below, Ashcraft can be seen retrieving a parking ticket and then walking to his car, with the suspected assailant following.

The friend said Ashcraft was recovering but planned to return to the US. "He has no idea what happened," the friend, who has been in contact with Ashcraft since the shooting, told The Post. "But it wasn't random."

A source within the Guadalajara police department told The Guardian that authorities found US Drug Enforcement Administration credentials in Ashcraft's name, though the US consulate declined to comment on his position.

The source also said the attack was likely the work of a professional. "That's not an easy shot," he told The Guardian. "He was probably aiming for the head but he missed as he leaned over to put his ticket in the machine." While it's not yet known who the shooter was or if he acted on behalf of a Mexican criminal organization, Jalisco state, an economic center, is a hub of cartel activity.

The state is the home base of the Jalisco New Generation cartel, which is widely regarded as one of the country's most powerful cartels. And in mid-December, the alleged leader of the once powerful Beltran Leyva Organization cartel was arrested in a Guadalajara suburb.

The CJNG has proven itself willing to take on Mexican authorities. In May 2015 cartel gunmen downed a Mexican military helicopter with a rocket-propelled grenade, killing six. Jalisco's southern border has also seen fighting between the CJNG and remnants of the Knights Templar cartel, based in neighboring Michoacan.

"I think that the Mexican cartels, the drug traffickers, have exceedingly become more brazen, and I think that US officials are in danger, very much like we were back in the '80s with the Guadalajara cartel when they kidnapped and assassinated Kiki Camarena," Mike Vigil, a former chief of international operations for the DEA who was stationed in Mexico, told Business Insider, referring to the case of Enrique Camarena, a DEA agent who was kidnapped and killed by members of the Guadalajara cartel, then Mexico's strongest cartel, in 1985.

The killing strained US-Mexico relations and triggered a massive crackdown on the Guadalajara cartel, leading to the arrest of its top leaders and knocking it from atop the narco hierarchy.

The US State Department has issued a travel warning for Jalisco, barring US government personnel from "intercity travel after hours" and from using other roads in the area "because of continued instability" in the region. "The Jalisco New Generation cartel, which operates in that area, is highly violent," Vigil, author of "Metal Coffins: The Blood Alliance Cartel," added. "They don't respect US officials, but what they don't understand is that when these things happen, the full weight of the US government will be brought to bear on them."

Investigators from the US and Mexico will now to tap into a pool of contacts in the region in order to ascertain the identity and motive of the shooter.

"They will activate the large network of informants to make a determination as to whether or not they have any information as to who was responsible for the killings," Vigil told Business Insider. "And there'll be coordination obviously with all US agencies, to include DHS, ATF, the US Marshals, the DEA, because all of them have their own distinct informant network, and ... they'll coordinate with the Mexican federal police, because they'll have jurisdiction."

"But this investigation is not going to go away, and what's very critical in these types of situations is that the Mexican government will be given a lot of support," Vigil added. "They sometimes lack the expertise, but with the US government involved, I can assure that this investigation will move forward in a very focused way." Attacks on US officials working in Mexico have happened in the past, though in some cases the attackers have said the incidents were the result of mistaken identity.

In 2014, Mexican gang leader Arturo Gallegos Castrellon was sentenced to life in prison for his role in the 2010 killings of US consulate employee Leslie Ann Enriquez Catton, her husband, Arthur Redfels, and Alberto Salcido Ceniceros, the husband of another consular employee, in a shooting in Ciudad Juarez.

The killings came during the peak of bloody fighting between the Juarez and Sinaloa cartels for control of Juarez.

Prosecutors alleged that Castrellon was part of a team of assassins working for Barrio Azteca, an ally of the Juarez cartel, which had ordered the hits. Several gang members testified that the killing was an accident, as the trio was in a car similar to that of members of the Sinaloa cartel.

In 2013, a Mexican drug-cartel lieutenant pleaded guilty to murder and attempted murder in relation to the February 15, 2011, attack on ICE agents Jaime Zapata and his partner, Victor Avila, who were driving back to Mexico City after a work-related trip to northern Mexico.

Court documents in the case stated that a Los Zetas cartel commander attempted to hijack the agents' government-issued armored SUV while they were driving on Highway 57 in San Luis Potosi state. After Zetas gunmen forced the SUV off the road, the commander ordered the two agents to get out.

They refused and tried to identify themselves as American diplomats, but the gunmen opened fire, killing Zapata and wounding Avila.

NOW WATCH: Trump said he prevented a Ford factory from leaving the US — but the company says the move was never planned