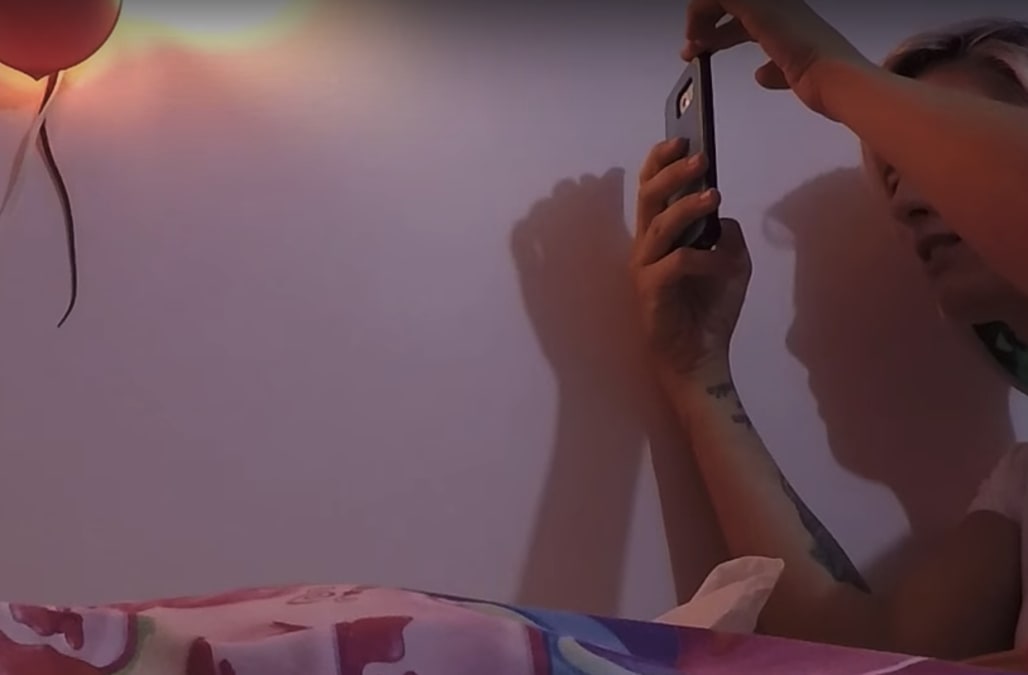 They're aren't many good places for a venomous snake to pop up, but dangling from above a young child's bed is a particularly bad one.

Yet that's the scenario seasoned reptile handlers Tony Harrison and Brooke Smith found themselves in after being called to remove a brown snake from a property in Beechmont, Australia.

In what is perhaps the understatement of the year, Harrison called the scene a "little disturbing" in the caption of his YouTube clip of the daring snake capture.

As Harrison told Mashable via instant messenger, people aren't usually so collected. "[They're] normally shitting themselves," he said.

And fair enough. Even though you can take steps to avoid the horror of snakes sliding up into your business, it's never possible to "100 percent" snake-proof your property in Australia, Harrison said.

"Leaving the job in Beechmont we [saw] six snakes on the road they live on," Harrison notes.

Comforting. Where's Barry White when you need him?