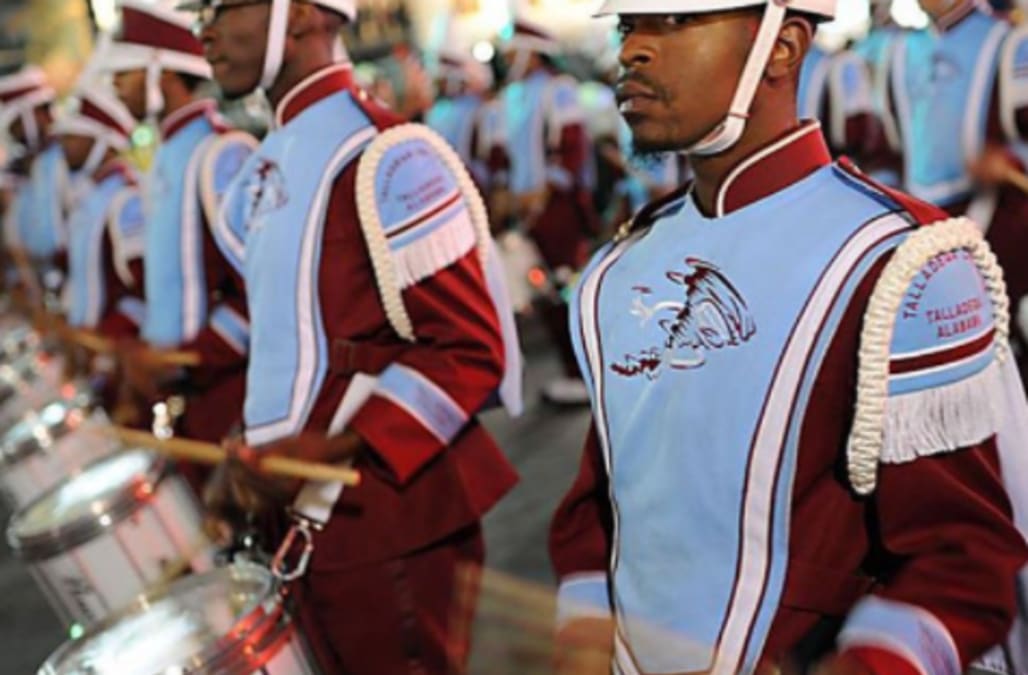 College President Billy Hawkins said in a statement the inauguration is "not a political event but a civil ceremony celebrating the transfer of power."

Hampton University President William R. Harvey, who is a Talladega graduate, said the band's participation in the inauguration "will be a teachable moment for them to understand the importance of supporting the leader of the free world, despite one's political viewpoint."

The band's plan to march in Trump's inaugural parade sparked rival petitions when it was announced. Some students and alumni didn't want the university to seem like it was endorsing Trump, while others supported the school's decision.

The band's head drum major told CNN performing in the parade will be "an honor and an accomplishment. ... Not too many people could say they were able to march for a president of the United States in an inaugural parade." But one student said "We have a reputation of fighting for freedom and equal rights and justice and he doesn't stand for any of that."

The president-elect has reportedly struggled to find performers for his inauguration. But he has tapped the Radio City Rockettes, the Mormon Tabernacle Choir, singer Jackie Evancho and country duo Big and Rich to perform at his inaugural events.

The inaugural parade is set to take place Jan. 20 in Washington, D.C. An official with the inauguration planning committee says the parade will have more than 8,000 participants representing 40 groups.