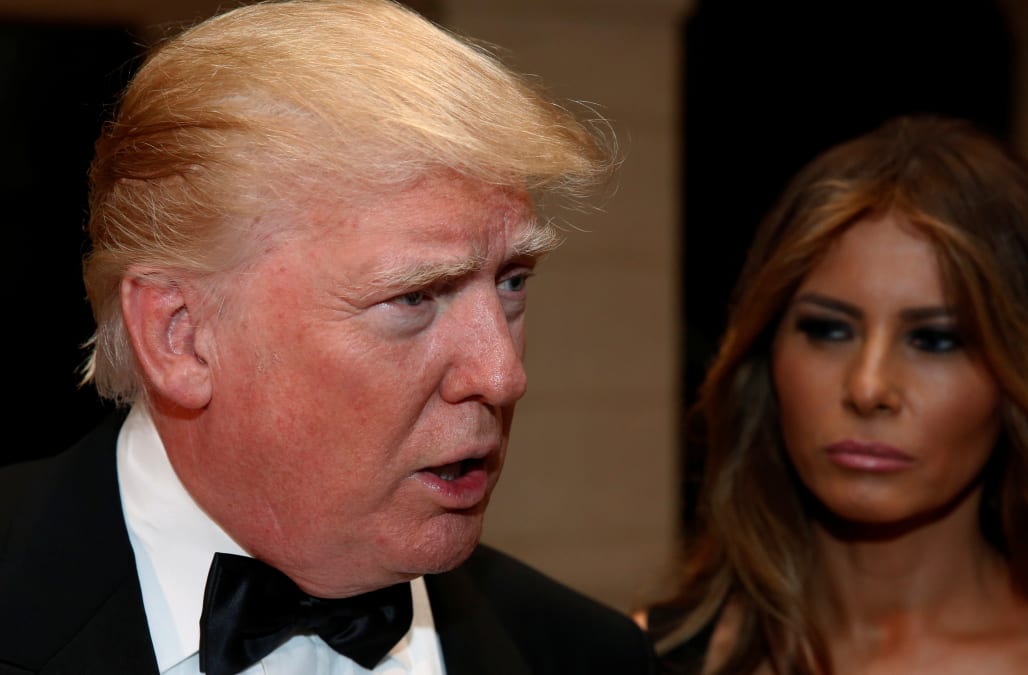 President-elect Donald Trump reneged on a campaign promise Friday to have Mexico pay for his proposed border wall.

Not only was he mocked for backtracking on a signature campaign promise, but Twitter took him to task for naming it the "Great Wall" — an homage to the massive fortress China built centuries ago in an effort to protect the country from invasion.

"The dishonest media does not report that any money spent on building the Great Wall (for sake of speed), will be paid back by Mexico later!" Trump tweeted.

The dishonest media does not report that any money spent on building the Great Wall (for sake of speed), will be paid back by Mexico later!

There were those who mocked him for his lack of creativity.

Other users knocked Trump for the cost of his "Great Wall." They noted that not only has Mexico not agreed to pay for the wall, but that the project would increase the United States' national debt — an issue Republicans have railed against for years.

I'm gonna ask Congress to build me a Great Wall out of gold bullion in my backyard.

Don't worry, I'll get Mexico to pay for it later.

Others pointed out the hypocrisy in Trump's willingness to pay billions for the wall, when he's eager to dismantle the Affordable Care Act because it's too costly.

It's estimated that the "Great Wall" will cost $25 Billion to build & $750 Million a year to maintain. But, we can't afford healthcare?

There were the tweets that mocked Trump for his priorities, saying he should be more concerned with climate change than a costly border wall.

Trump should think about building his "Great Wall" around Mar-a-Lago. That's where he's going to need it when the seas rise.

While many gave Trump a history lesson, noting that the Great Wall of China — from which Trump ostensibly got the new name of his project — didn't actually keep intruders out.

And then there were those who sarcastically wondered if the "Great Wall of Mexico" would be just as big as its namesake.

My question is, will we be able to see the Great Wall Of Mexico from space?

Potential first pup for Donald Trump's presidency
Up Next

More from Mic.com:
Donald Trump will ask Congress to pay for the wall, breaking yet another promise
Donald Trump's Twitter 'disparagement' sows distrust in American democracy
As Donald Trump moves to demote American intelligence, who does he trust?