Biden to Trump on his tweets: 'Grow up Donald' 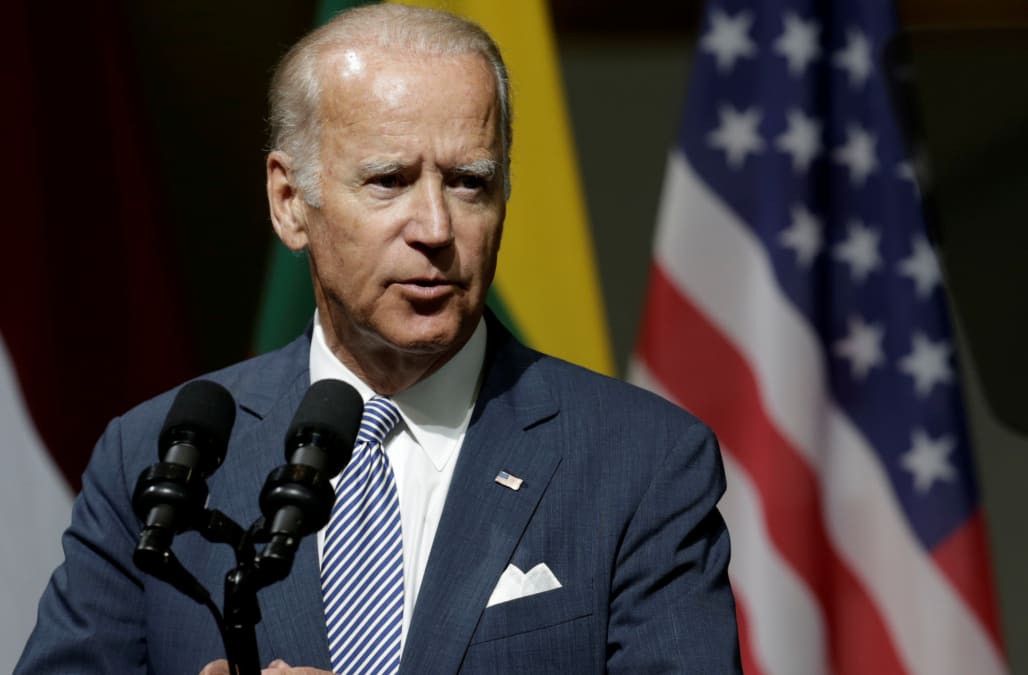 Woodruff cited several tweets, including one that read, in part, "The Democrats, lead by head clown Chuck Schumer, know how bad ObamaCare is and what a mess they are in."

Another said, "Doing my best to disregard the many inflammatory President O statements and roadblocks. Thought it was going to be a smooth transition – NOT!"

Reacting to the examples, Biden commented, "Grow up, Donald. Grow up. Time to be an adult. You are president. You got to do something."

Joe Biden pranks Donald Trump memes
[Writing the State Of The Union] OBAMA: So I'll say the state of the union is... BIDEN: On fleek. Say it's on fleek. http://t.co/5LLGvuRTha
Obama: I'd like to sit alone, Joe. Biden: IMMA SIT BY YOU Obama: There's plenty of other seats. Biden: http://t.co/zayDEDDdkH
"barack please don't leave me with them" "joe you're leaving when I leave" "oh right lmao love u" https://t.co/zfIt3Bv0wl
Biden: I took a Staples red button & wrote "Nukes" on it Obama: Joe! Biden: Tweets to him in Russian when pressed https://t.co/j7rdFd1tXs
Obama: Did you replace all the toiletries with travel size bottles? Biden: He's got tiny hands Barack, I want him t… https://t.co/oDEsx6yNxn
Obama: Didn't think he'd be late Biden: I gave him the wrong address Obama: Joe he's the president-elect Biden:… https://t.co/3Bnzj3gTAE
Biden: Ok here's the plan: have you seen Home Alone Obama: Joe, no Biden: Just one booby trap Obama: Joe https://t.co/BgZ4lCoqg4
biden: cmon you gotta print a fake birth certificate, put it in an envelope labeled "SECRET" and leave it in the ov… https://t.co/wFNoOB9BWP
Obama: Trump is our next President. Biden: https://t.co/TgTLH8X1Ul
Biden: What if we paint the Mexican flag in the office Obama: Joe, no Biden: I already ordered the paint Obama: Joe https://t.co/mCCh6OPQRk
Biden: I'm not giving them the wifi password Obama: Joe... Biden: I said what I said https://t.co/FBScOGx9jG
OBAMA: What is it, Joe? BIDEN: I MADE ALL THE WHITE HOUSE DOORKNOBS GIANT OBAMA: Why? BIDEN: NOW TRUMP'S HANDS A… https://t.co/hFb409Wq8w
Obama: "Joe, why are you still holding my hand?" Biden: "I wanna freak Mike Pence out" Obama: "But why?" Biden: "J… https://t.co/tvzADWRDo0
Biden: Mike, I don't like you, you don't like me Pence: Let's keep this civil Biden: Whatever. I'm taking the "Worl… https://t.co/U5QxGh1OSR
Up Next

He added, "Show us what you have. You are going to propose legislation. We're going to get to debate it. Let the public decide. Let them vote in Congress. Let's see what happens. It's going to be much clearer what he's for and against and what we're for and against, now that it's going to get down to actually discussing in detail these issues that affect people's lives."

While it remains to be seen if Trump changes his Twitter approach in the days ahead, his spokesperson has made it clear that the president-elect sees social media as a vital communication tool.

Sean Spicer, who will serve as press secretary for the incoming administration, told WPRI that these platforms allows the future leader to, "...put his thoughts out and hear what they're thinking in a way that no one's ever been able to do before. I mean, he does communicate in a much bigger way than there's ever been before..."