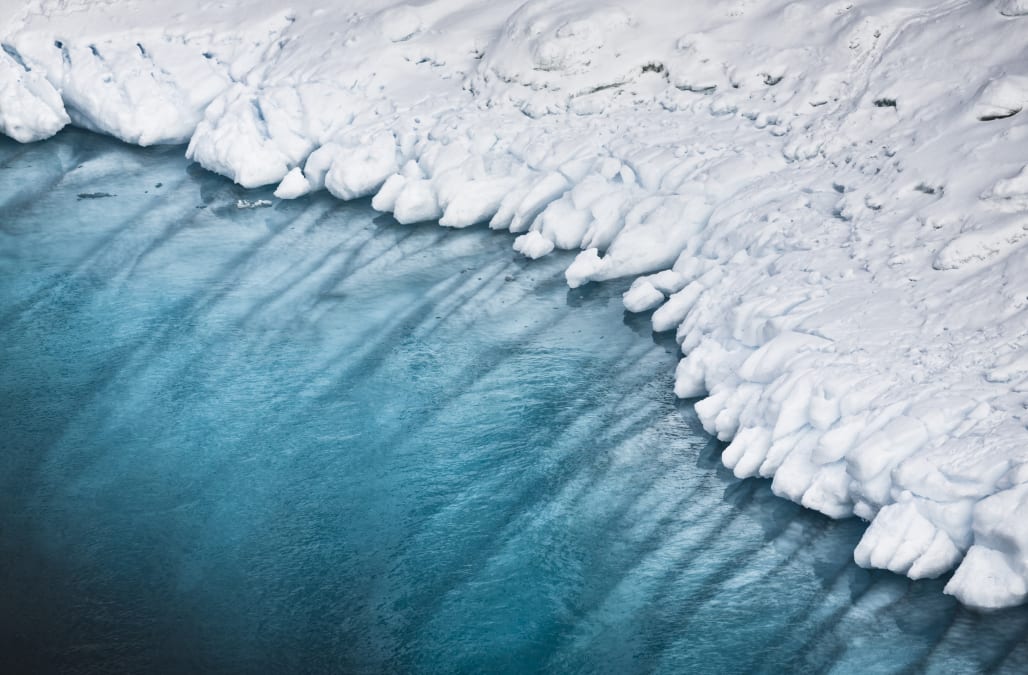 A iceberg the size of Delaware is dangerously close to breaking away from Antarctica.

According to NASA, a big crack in the Larsen C ice shelf grew dramatically at the end of last year.

And now, the nearly 2,000-square-mile section of the ice sheet is hanging on by a thread — a flimsy 12-mile stretch of frozen water.

Experts think it won't be long before it breaks off. As one scientist told the BBC, "If it doesn't go in the next few months, I'll be amazed."

And when it does, it could create one of the biggest icebergs ever recorded and might lead to the collapse of the entire Larsen C shelf.

13 PHOTOS
Under the sea in Antarctica
See Gallery

Under the sea in Antarctica

A cable portrudes from the ice wall at Explorers Cover, New Harbor, McMurdo Sound, Antarctica. The cable is used for the Remotely Operable Micro-Environmental Observatory (ROMEO), an underwater camera. Connected to onshore equipment and linked by radio to

The Marbled Rockcod (Notothenia rossii) copes with the icy waters of Antarctica by means of a biological antifreeze in its body fluids, Antarctica.

Antarctic krill (Euphausia superba), key species in the Antarctic ecosystem. Grows to 6 cm and occurs in densities ranging up to 30,000 in a cubic metre.

Icefish in Antarctica have no scales or haemoglobin, so their blood is white.

NASA says if and when the mammoth iceberg breaks away and melts, it won't make sea levels rise, simply because it's already floating.

But the Larsen C shelf prevents other glaciers from reaching the ocean. If the whole shelf breaks up, those glaciers could contribute to rising sea levels.

If researchers' estimates are on track, the ice the Larson C shelf is holding back could eventually melt and increase global sea levels by almost 4 inches. That's a lot.

More from Newsy:
NASA Has Big Plans For 2017
NASA's Next Mission Turns To Space's Most Extreme Environments
How To Keep Birds From Sabotaging The US Space Program