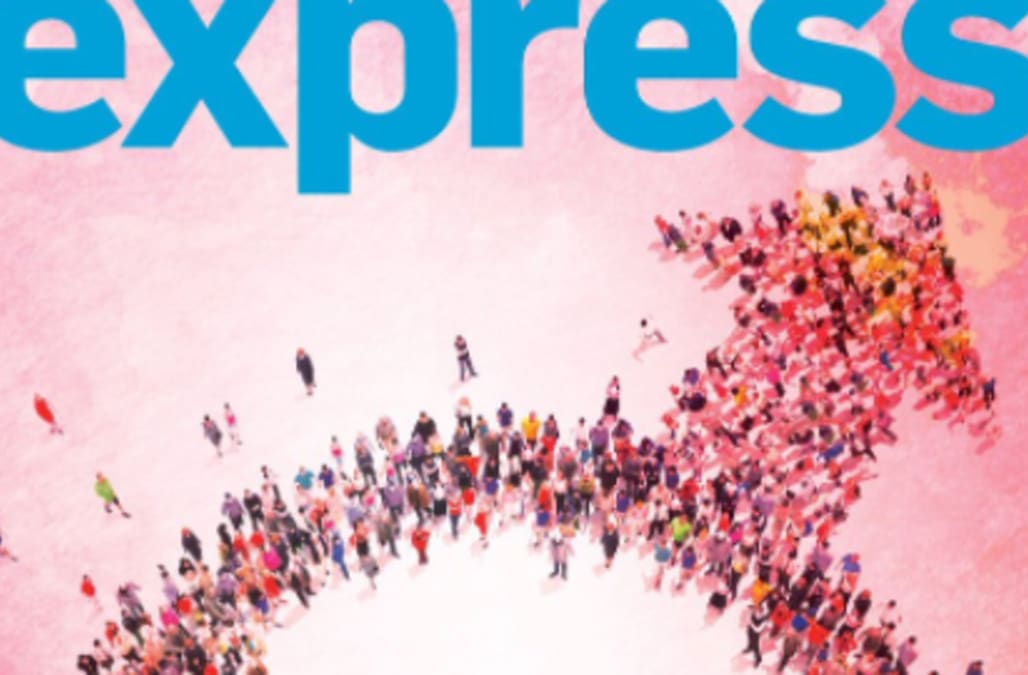 During inauguration weekend, around 200,000 people are predicted to attend the Women's March on Washington. The march, which will serve as an anti-Trump protest, began on Facebook. 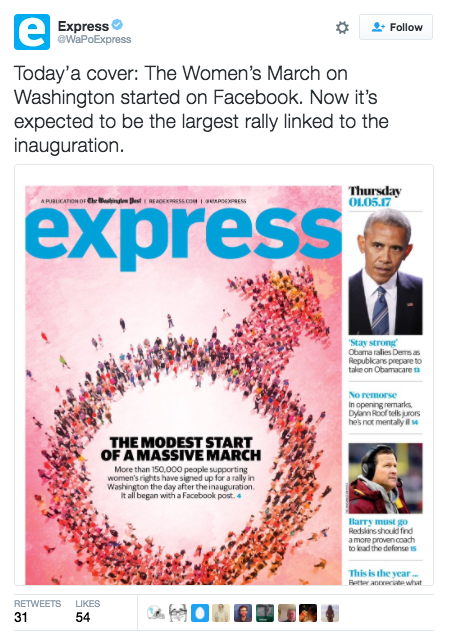 For the women's march, Express used the "male" symbol as opposed to the "female" symbol. Twitter immediately bombarded the account with backlash: 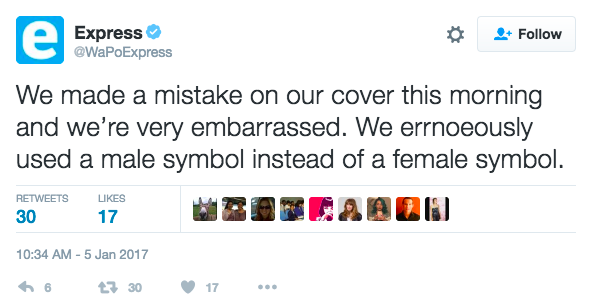 We made a mistake on our cover this morning and we’re very embarrassed. We erroneously used a male symbol instead of a female symbol.

Almost as quickly, Express shared their new cover with the correct symbol:

This is how the cover should have looked. We apologize for the mistake. pic.twitter.com/MKKOkHPV8T

"This is how the cover should have looked," the tweet read. "We apologize for the mistake." Express may soon learn, however, that the Internet never forgets.