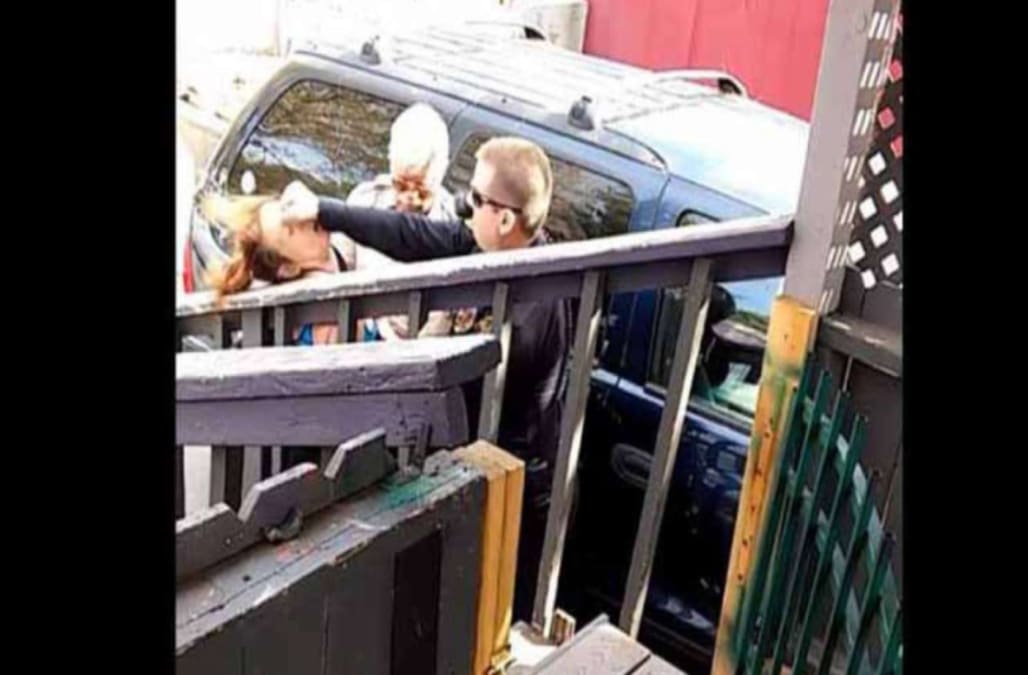 The Arizona police officer who made headlines when a viral video showed him punching a woman in the face has resigned.

Officer Jeff Bonar preemptively quit his job with the Flagstaff Police Department Wednesday after officials ruled he'd violated policies on unreasonable and excessive force and should be fired, KPHO reported.

In cell phone footage reportedly taken November 16, Bonar is seen punching a woman in the face as he attempted to place her under arrest while she demanded to know if there was a warrant out in her name.

It was subsequently revealed that the woman, 30-year-old Marissa Morris, had no active warrants.

Police said following the incident that all warrants against Morris had been resolved a month earlier.

Flagstaff Police Chief Kevin Treadway said at the time that Bonar believed he recognized Morris as having failure to appear warrants. He said Bonar was attempting to detain Morris while he ran a check for the warrants.

Morris has also denied a claim by Bonar that she kicked and kneed him in the groin before he threw the punch.

"Bonar's conduct is not reflective of the way we police this community," Treadway said at a news conference held Wednesday.

The Coconino County Attorney's Office has referred Bonar's case to the Mohave County Attorney, who will decide whether or not to pursue criminal charges.