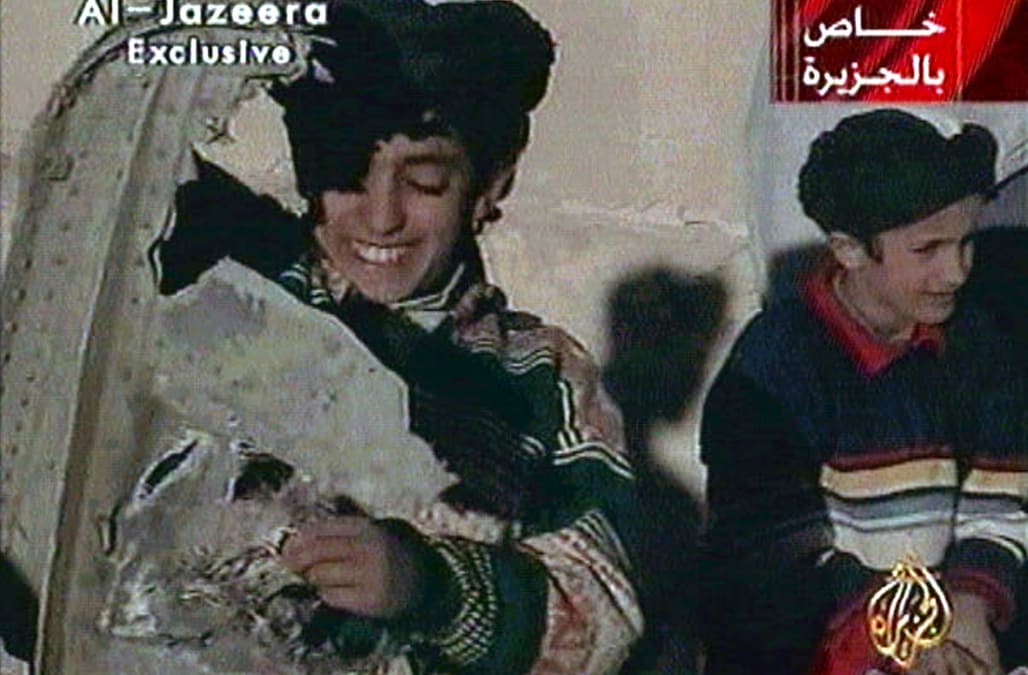 The U.S. State Department announced that Hamza bin Laden, the son of notorious 9/11 mastermind Osama bin Laden, has been added to the counter-terrorism blacklist on Thursday.

Both the younger bin Laden and Ibrahim al-Banna were named Specially Designated Global Terrorists. Al-Banna is a senior leader in AQAP, the offshoot of al Qaeda in the Arabian Peninsula. Hamza bin Laden has been a senior leader in al Qaeda, the terror group his father infamously led before his death in 2011, since 2015.

The State Department stated in the announcement that Americans are "generally prohibited from engaging in any transactions" with bin Laden, and that he was placed on the Specially Designated Global Terrorist list after he was "determined to have committed, or pose a serious risk of committing, acts of terrorism that threaten the security of U.S. nationals or the national security."

Osama bin Laden was killed in Pakistani by United States Navy SEALs in 2011 in a major blow to the militant group which carried out the Sept. 11, 2001 terrorists attacks. Hamza bin Laden was initially reported to be killed in the same operation that killed his father, however he was able to escape.

In a 2015 audio message released by Ayman al-Zawahiri he officially named Hamza bin Laden's role within al Qaeda, and bin Laden also called for acts of terrorism in western cities.

Hamza bin Laden more recently in July 2016 threatened revenge against the United States for his father's killing in a 21-minute speech entitled "We Are All Osama." Throughout the speech, he warned that Americans would be targeted at home and abroad.

"We will continue striking you and targeting you in your country and abroad in response to your oppression of the people of Palestine, Afghanistan, Syria, Iraq, Yemen, Somalia and the rest of the Muslim lands that did not survive your oppression," Hamza said in the 2016 message.

In another message from August 2016 the young bin Laden, dubbed the "crown prince of terror," urged Saudis to train with al Qaeda to "gain the necessary experience" to overthrow U.S. ally Saudi Arabia's kingdom, according to the SITE Intelligence Group tracking jihadi activity online.