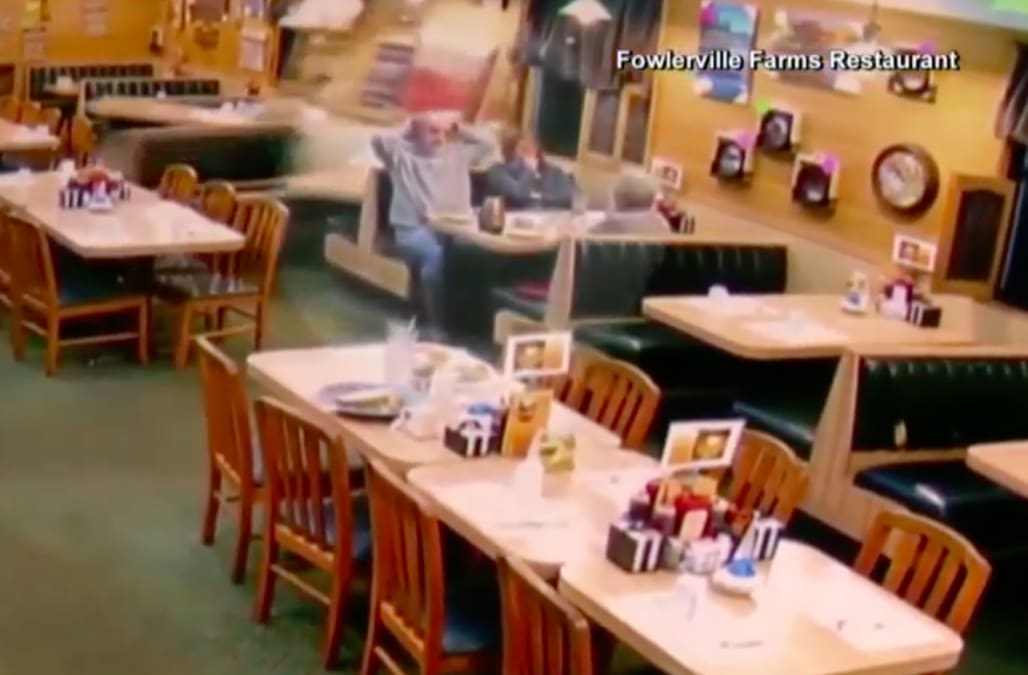 A trio of diners in Michigan are very lucky to be alive after an out-of-control SUV plowed into a restaurant, just inches away from where they were seated.

The vehicle crashed through the Fowlerville Farms Family Restaurant on Tuesday, stunning staff and customers alike.

Local police identified the driver as a 74-year-old woman.

"She had borrowed the vehicle and wasn't familiar with it. She kind of panicked," Fowlerville Police Chief John Tyler told the Lansing State Journal.

The elderly driver was behind the wheel of a 2001 Jeep Cherokee in the parking lot when another car reportedly pulled out in front of her.

"She went to slam on the brakes, but ended up slamming on the accelerator," Chief Tyler explained. "She panicked and hit the accelerator further, driving into the restaurant about 20 feet."

Luckily, there were no reported injuries as a result of the accident.