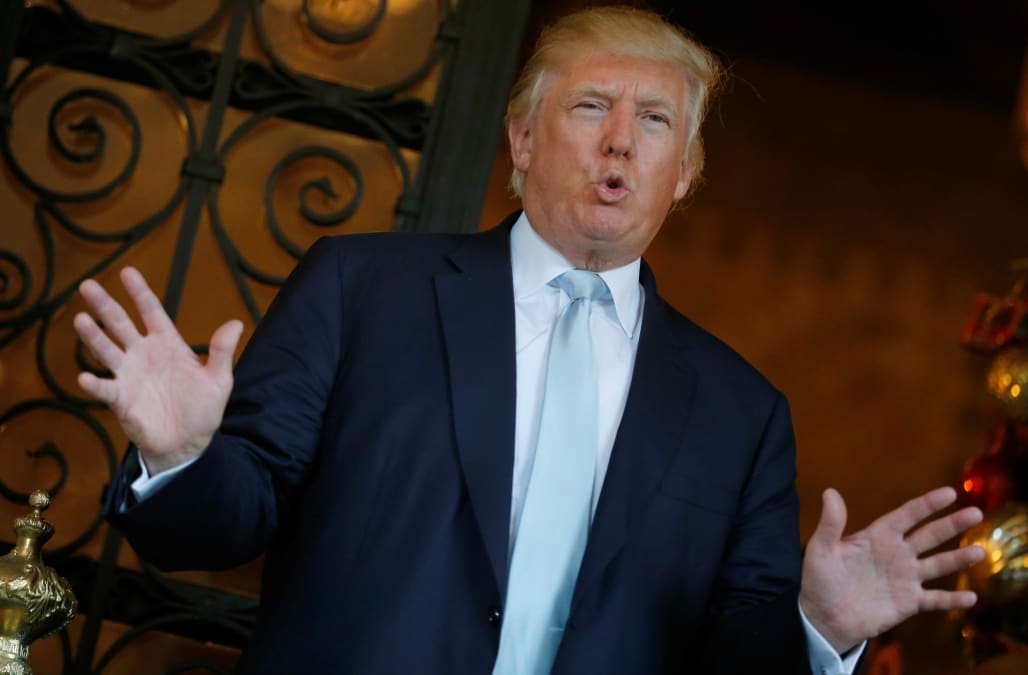 Lawmakers in a growing number of liberal states are looking to force future presidential candidates to release their tax returns in order to make it onto their state's ballot — a move squarely aimed at President-elect Donald Trump, who refused to make his tax records public.

A pair of Maryland Democrats on Tuesday said they planned to introduce a bill that would require presidential hopefuls to release five years of tax returns, the Washington Post reported. State lawmakers in California, Maine, Massachusetts, and New York have floated similar proposals in recent weeks.

"We all expected anyone who is going to be in front of the public and lead our nation would be transparent," Maryland Senator Paul Pinsky, one of the bill's co-sponsors, told the Post. "[Trump] chose not to be, and we want to make sure that doesn't happen again in the future from any candidate."

Trump's tax returns became a lightning rod during the 2016 campaign after he broke with decades of precedent and refused to publicly disclose them, fueling speculation about their contents. Portions of Trump's 1995 tax returns published by the New York Times before the election suggested that the president-elect may have legally avoided paying federal taxes for as many as 18 years. A series of investigative reports by the Washington Post's David Fahrenthold also found that Trump, a self-proclaimed billionaire, likely far gave less money to charity than he had previously claimed.

Trump's tax returns would also reveal the extent of his complicated financial relationships across dozens of countries through the Trump Organization, an important step towards understanding his potential conflicts of interest. Thus far, the president has promised to address his conflict in a much-delayed press conference he's said he'll hold next week — but offered nothing in specifics beyond suggesting his kids will play a bigger role.

"For over four decades, tax returns have given voters an important window into the financial holdings and potential conflicts-of-interest of presidential candidates," New York State Senator Brad Holyman said last month when he announced plans for his Tax Returns Uniformly Made Public Act — the TRUMP Act — in December.

More from Vocativ:Trump's Stacking His Team With Record Number Of Mega Donors

Similar to the proposals in Maryland and California, Holyman's would require candidates to submit five years' worth of federal taxes with New York's state Board of Elections 50 days prior to a general election. The bill being floated in Massachusetts by Democratic Senator Michael Barrett would require three years of federal tax returns before the presidential primary. Details of the Maine bill are not yet public, the Bangor Daily News reported.

While legal experts have suggested that these tax discloser measures would be constitutional, according to the Post, it is not immediately clear whether they'll win approval in their respective legislatures.