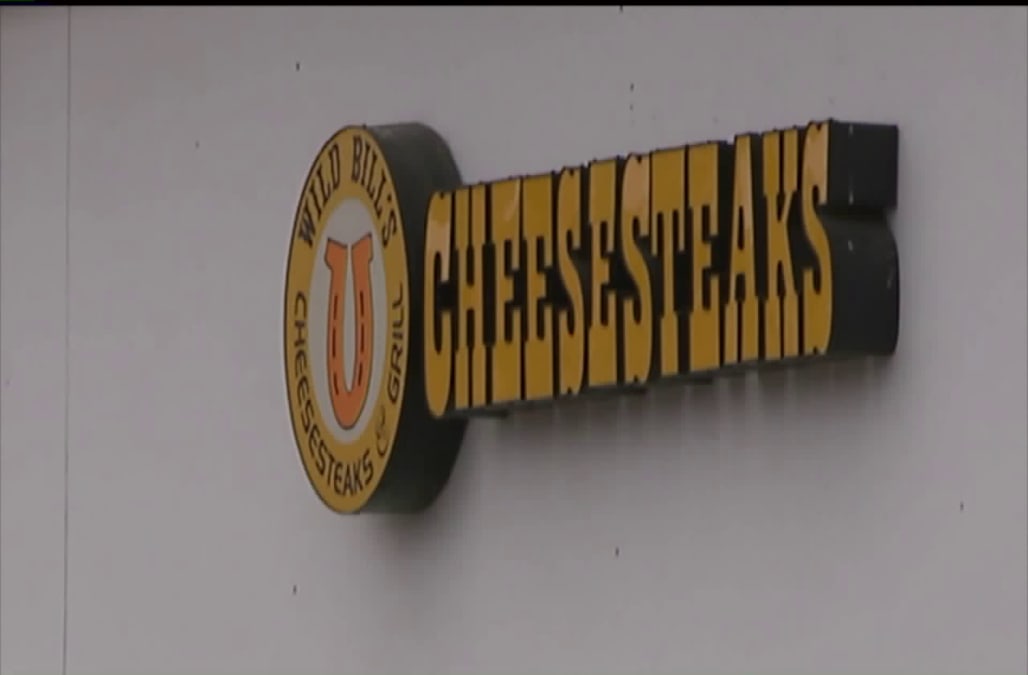 Nicole Earp had no idea trying cheesesteak for the first time would put her at the center of a social media controversy.

But after leaving a negative review on Wild Bill's Cheesesteaks & Grill Yelp page, she has found herself under attack by the owner of the Folsom, California, establishment.

Earp told KTXL that shortly after visiting the the grill with a friend on December 30, she posted a review on the popular restaurant review site to complain about the service.

"This review is based solely on customer service as I never got to try the food," she began. "They took forever to help the person in front of us and then instead of helping us right away they walked to the back and she starts training her new employee."

She continued on, detailing the alleged behavior of the staff members working at the restaurant during the incident.

"They then walk by us to check the ID of the people they already served. When they walked by us again the manager lady glared at us and then said they would be right with us. She then walks to the back again and gets on her phone. At that point we walked out."

However, after returning to the establishment on January 3 at the behest of her friend, Earp found that she didn't even care for the food.

But after she updated her review to include the new information, the restaurant owner fired back on Yelp, calling her and her friend "freaks." 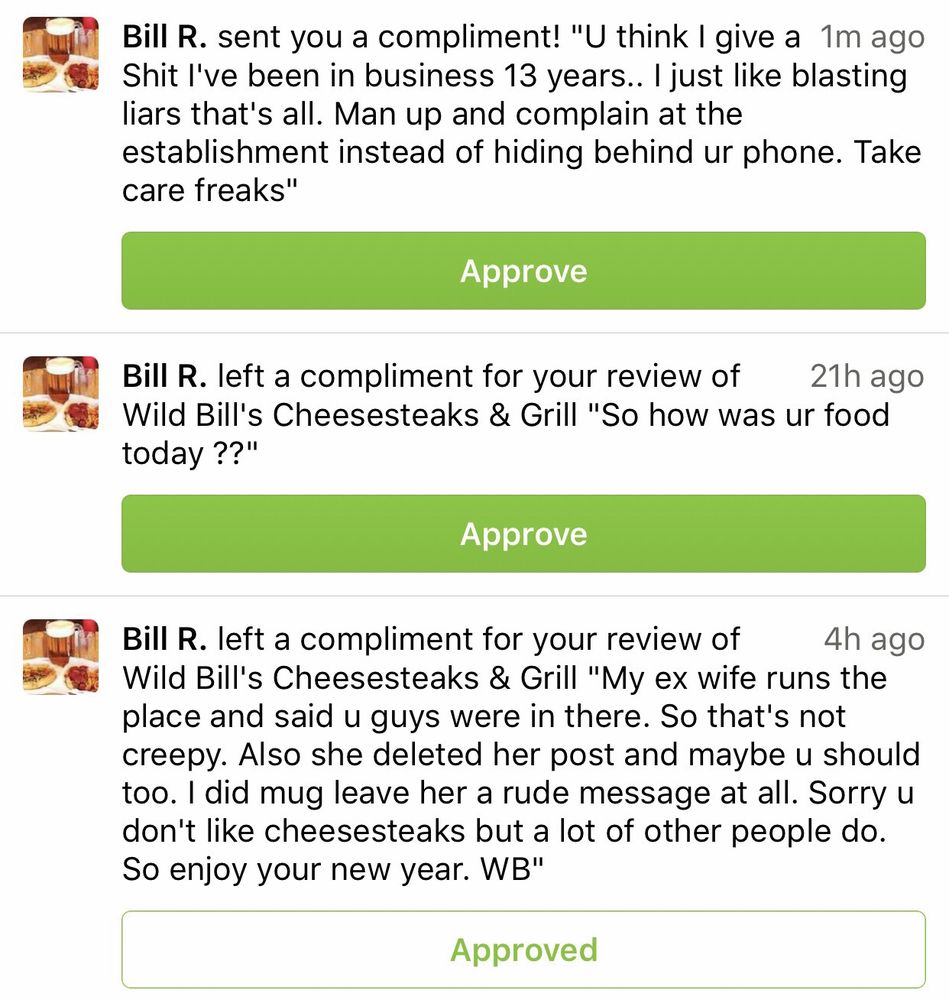 "He messaged me more and then sent a very rude derogatory message to us calling us freaks and saying he didn't care about his customers," Earp told KTXL.

Earp then posted about her Yelp ordeal on Facebook, where the owner found her and took things a step too far.

He posted a photo of Earp and her husband on his business's Facebook profile, writing, "Here she is enjoying a cheesesteak after complaining on Yelp."

"I felt like he was trying to say I was fat. And that was hurtful," Earp said. "And it felt like a violation that he took my wedding photo."

Although the owner of Wild Bill's Cheesesteaks & Grill could not be reached for comment, his ex-wife Angel Roberts, who manages the restaurant, spoke out in his defense.

"He posted a picture of her in her wedding dress saying this was the person who basically lied about my business," she shot back, claiming Earp and her friend had dramatized the whole experience to hurt their business. "I never saw him discriminating against her."

And it seems Roberts was right, as Yelp is currently "cleaning up" negative, news driven reviews from the establishment's page. 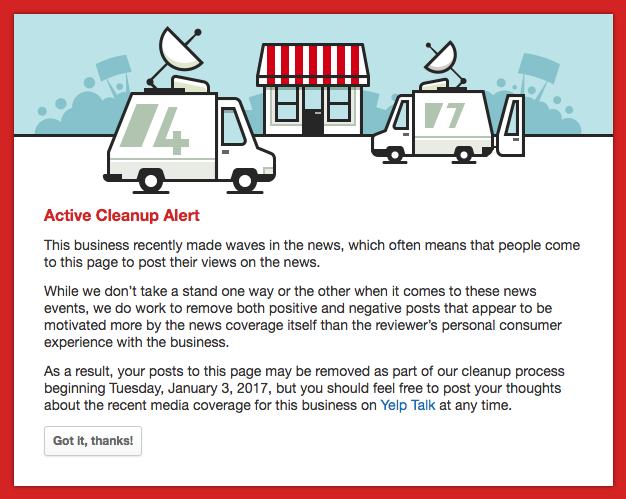 Earp says that she hopes the owner will learn to change his ways in the midst of all the social media backlash against his company.

"You cant treat people like that as a business owner," she said. "Especially under the name of your business, and expect people to still want to go to your establishment."