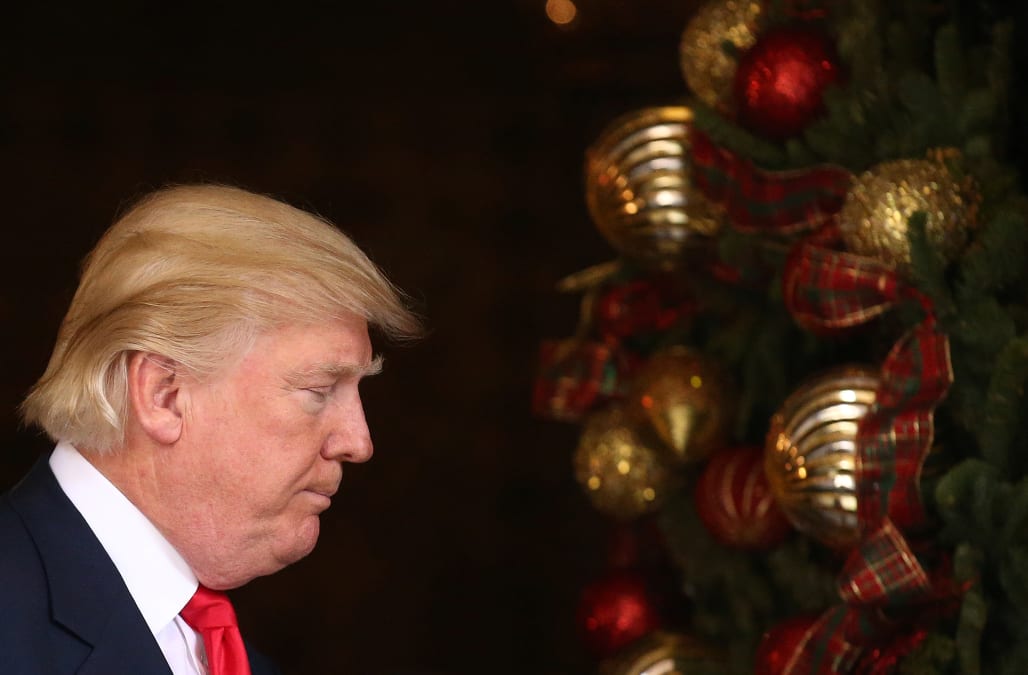 It's no secret that Silicon Valley and Donald Trump don't get along very well. Hardly anyone from Silicon Valley supported Trump ahead of the election, with the exception of venture capitalist Peter Thiel. In fact, many tech CEOs were outspoken against the president-elect.

But is it really that big of a deal if Trump isn't buddy-buddy with every tech mogul?

According to one of the world's top risk analysis firms, the strained relationship could pose some real problems — both for the tech companies and for the US and global economies which rely on those companies.

The Eurasian Group ranked the relationship between Trump and Silicon Valley number 7 on its list of the top 10 biggest risks for 2017.

This is despite the fact that Trump hosted many of the top tech executives at Trump Tower last month: "[The meeting] took away some of the immediacy of the fight, showing they can have a meeting that doesn't break down is useful, but there was no meeting of the minds there," Eurasia Group's president Ian Bremmer said to Business Insider.

In particular, Bremmer and his team believe the president-elect and Silicon Valley will clash in three areas:

1- New media. Critical to Trump's victory was his ability to dominate social media and both real and fake news. But as new media firms focus on stopping the spread of fake news and alt-right messaging, this can be a cause for concern for the president-elect: "It's a direct threat to his ability to maintain his popularity—and the appeal of his brand—and one he'll feel the need to combat," the Eurasia Group wrote in their blog post.

2- Security. "Trump's political agenda leads with national security, while Silicon Valley's core ideology centers on freedom and privacy," wrote the Eurasian Group. We might be seeing a lot more arguments like the one between Apple and the FBI.

3- Jobs. A huge part of Trump's campaign was the promise to bring back jobs. Meanwhile, Silicon Valley is at the forefront of automation. The two parties will clash as Silicon Valley continues to automate jobs that employ large portions of the US population.

It's important to remember that with any change of government administrations, there is a fair amount of uncertainty. Unfortunately, however, Trump's relationship with our nation's biggest technology leaders doesn't seem to provide any more stability.

NOW WATCH: This teen makes up to $1,500 a night eating dinner in front of a webcam in South Korea