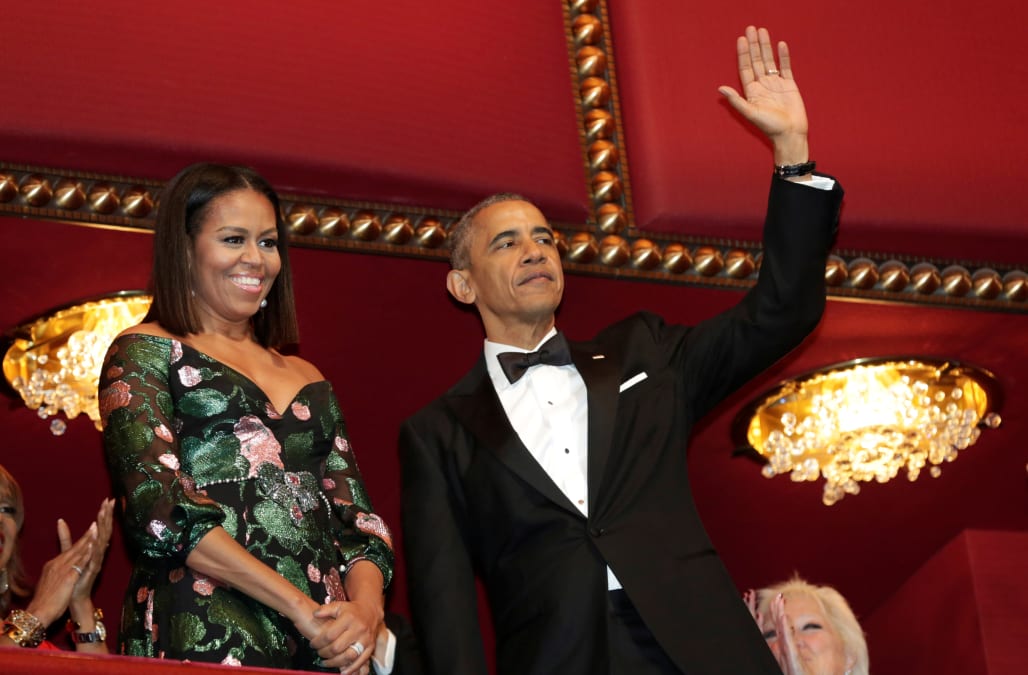 The Obamas time as the first family is running out, but they are going out with a bang.

Two weeks before they return to life as private citizens, Barack and Michelle Obama are reportedly throwing a party this Friday. And while President-elect Donald Trump is famously short on big names for his inauguration, the Obamas have quite the A-list guest list sending them off.

According to the Washington Post, Oprah, Beyonce, Jay-Z, Usher, Bradley Cooper, Stevie Wonder, and Samuel L. Jackson are all invited.

The party comes as no surprise. The outgoing president did tell People last month that he was planning a big party before he left office.

The President will also address the nation once more before he leaves office. His traditional farewell address will be in Chicago on January 10th.