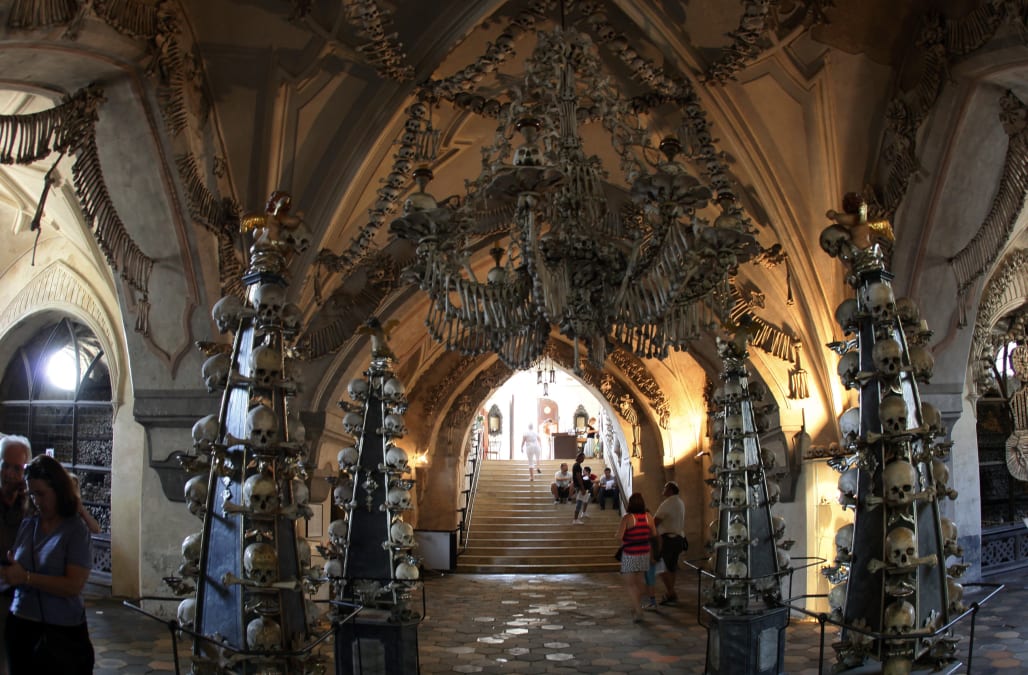 Some like to spend their holidays lounging on a beach, feeling the warmth on their skin and the sand between their toes. Others prefer to be in a poorly light tunnel, surrounded by stacks of human bones.

If you get a thrill out of the macabre, then plan a trip to Paris this year. Besides visiting the Eiffel Tower, perusing the Louvre and strolling along the Seine River, you can join thousands of visitors to walk five stories below the Parisian streets into a tunnel with walls coated in human bones.

Starting in 1786, the remains of millions of Parisians were placed into disused labyrinth quarries in the heart of the city to help elevate overflowing cemeteries and stop sources of infection. This continued into the 19th century, and became open to the visitors in 1814.

If that is not enough death for one vacation, then you can jump over to Kutná Hora, a suburb in the Czech Republic, which is famous for Sedlec Ossuary, or the 'Bone Church.'

An hour away from Prague in this seemingly ordinary church lies one massive -- and terrifyingly beautiful -- chandelier entirely made out of human bones.

Starting in the 13th century, the Abbot of the Sedlec Monastery spread a handful of 'holy soil' from Jerusalem on the cemetery, making it one of the most desirable places to be buried in the region. According to Atlas Obsura, there were over 30,000 bodies laid to rest there before they were moved to a crypt.

In 1870, a local woodcarver was tasked with artistically arranging the bones. He created the famous chandelier, bells in the chapel and a coat of arms of the Schwarzenberg noble family. There are ultimately remains from 40,000 individuals in the church.

Art historian Paul Koudounaris explains in his book 'The Empire of Death: A Cultural History of Ossuaries and Charnel Houses' that these decorated sites have their roots in early Christian culture. Bodies were preserved and buried rather than cremated because they believed the body would be resurrected when Christ returned.

Click through the gallery above to see the Catacombs of Paris, Sedlec Ossuary and other sites that utilize human bones as decorum.

More from AOL.com:
25 photos show how people celebrate the holidays around the world
Pope says Christmas 'hostage' to materialism, God in shadows
Jedi fails to be recognised as a religion