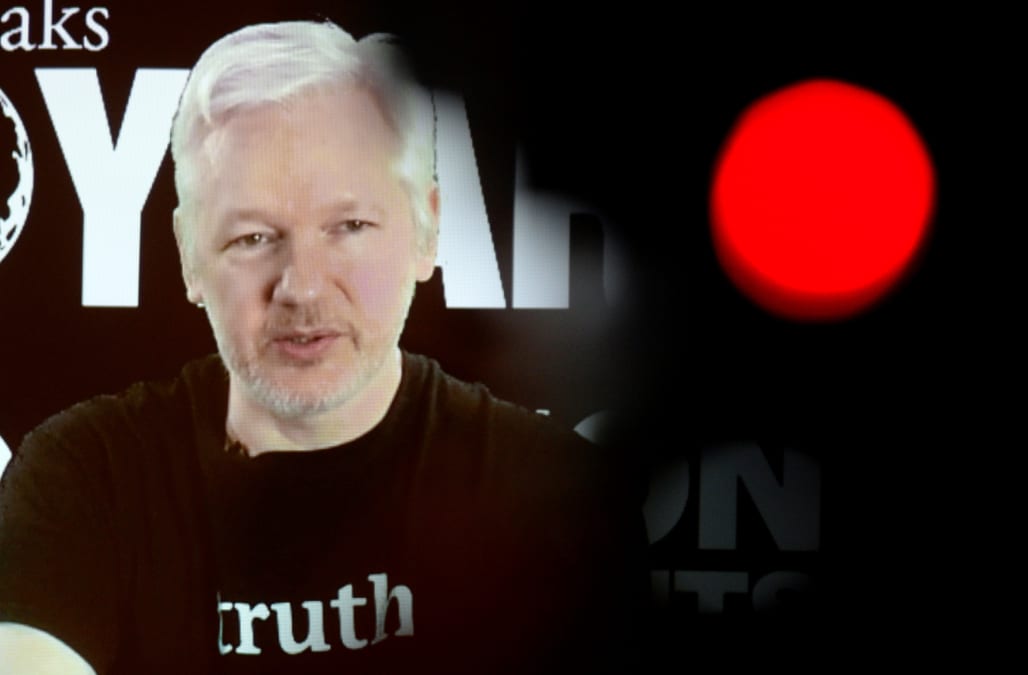 "They're trying to delegitimize the Trump administration as it goes into the White House," Assange tells Fox News in an interview set to air Tuesday evening. "They are trying to say that President-elect Trump is not a legitimate president."

The interview, with Fox's Sean Hannity, was conducted in the Ecuadorian embassy in London, where Assange is a fugitive from European authorities. WikiLeaks' publications of leaked emails of the Democratic National Committee and Hillary Clinton campaign chairman John Podesta forced the Democrats on the defensive during the 2016 campaign but it is unclear whether they changed the outcome of the race. In his interview with Fox, Assange again denies that Moscow was his source, as has been alleged by many in the U.S. government, including intelligence agencies.

"Our publications had wide uptake by the American people, they're all true... "But that's not the allegation that's being presented by the Obama White House." Assange said. "Our source is not a state party, so the answer for our interactions is no."

The WikiLeaks editor is known for radical politics, but has been criticized by some left-leaning thinkers in recent months as having found common cause with the right and Trump. Assange has denied a preference between Trump and Clinton.

"Did [WikiLeaks] change the outcome of the election? Who knows, it's impossible to tell," Assange said. "But if it did, the accusation is that the true statements of Hillary Clinton and her campaign manager, John Podesta, and the DNC head Debbie Wasserman Schultz, their true statements is what changed the election."

After the election, Assange told the major Italian newspaper La Repubblica that Trump signaled change in Washington, but it was still unclear that would be for the better, or for the worse.

"Clinton's election would have been a consolidation of power in the existing ruling class... Donald Trump is not a DC insider, he is part of the wealthy ruling elite of the United States," Assange said. "They do not by themselves form an existing structure, so it is a weak structure which is displacing and destabilising the pre-existing central power network within DC. It is a new patronage structure which will evolve rapidly, but at the moment its looseness means there are opportunities for change... change for the worse and change for the better."