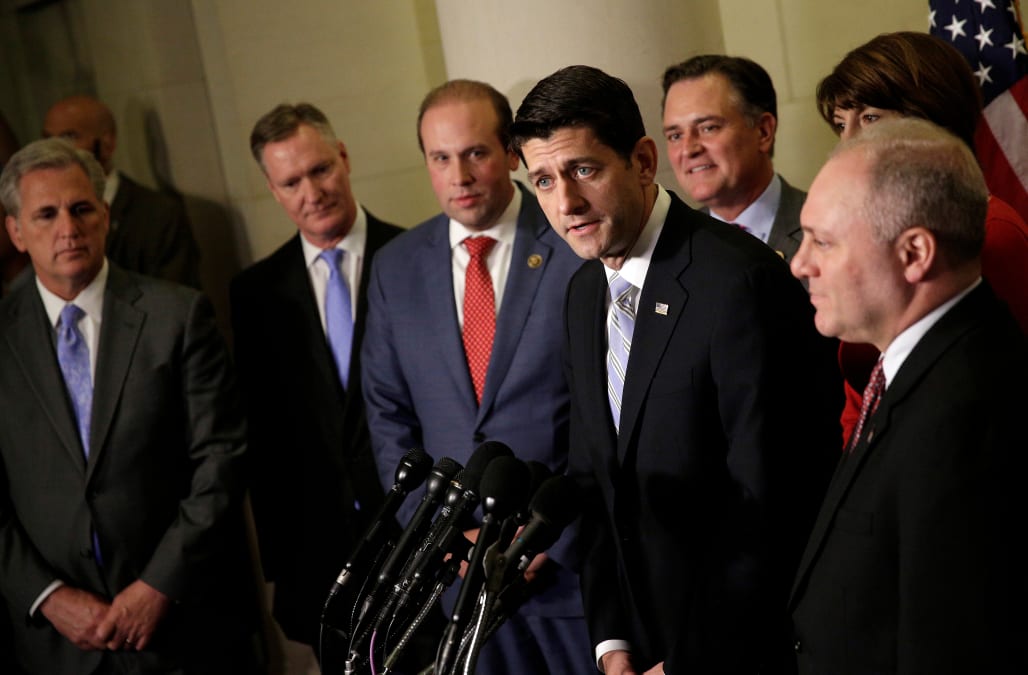 WASHINGTON, Jan 2 (Reuters) - Republicans in the U.S. House of Representatives agreed on Monday to weaken a nonpartisan ethics watchdog on the grounds it had grown too intrusive, prompting Democrats to charge they were scaling back independent oversight ahead of a new legislative session.

As they returned to Washington following a holiday break, House Republicans voted in a closed-door meeting to place the Office of Congressional Ethics under the oversight of the House Ethics Committee, giving lawmakers greater control over an independent body charged with investigating their behavior.

The measure was added to a broader rules package that is expected to pass when the House formally convenes on Tuesday.

The ethics office was created in 2008 following several corruption scandals, but some lawmakers have charged in recent years that it has been too quick to investigate complaints lodged by outside partisan groups.

The body will now have to deliver its reports to lawmakers, rather than releasing them directly to the public, according to a summary released by Republican Representative Bob Goodlatte. It will be renamed the Office of Congressional Complaint Review.

"The OCE has a serious and important role in the House, and this amendment does nothing to impede their work," said Goodlatte, who sponsored the measure.

House Democratic leader Nancy Pelosi, who created the ethics office while House speaker following complaints that lawmakers were unable to effectively police themselves, said Republicans were eliminating the only independent body charged with monitoring their actions.

"Evidently, ethics are the first casualty of the new Republican Congress," Pelosi said in a statement.

The move comes as Republicans who control both chambers of Congress are poised to repeal major portions of President Barack Obama's health and environmental regulations and enact a conservative agenda once Republican President-elect Donald Trump takes office on Jan. 20.