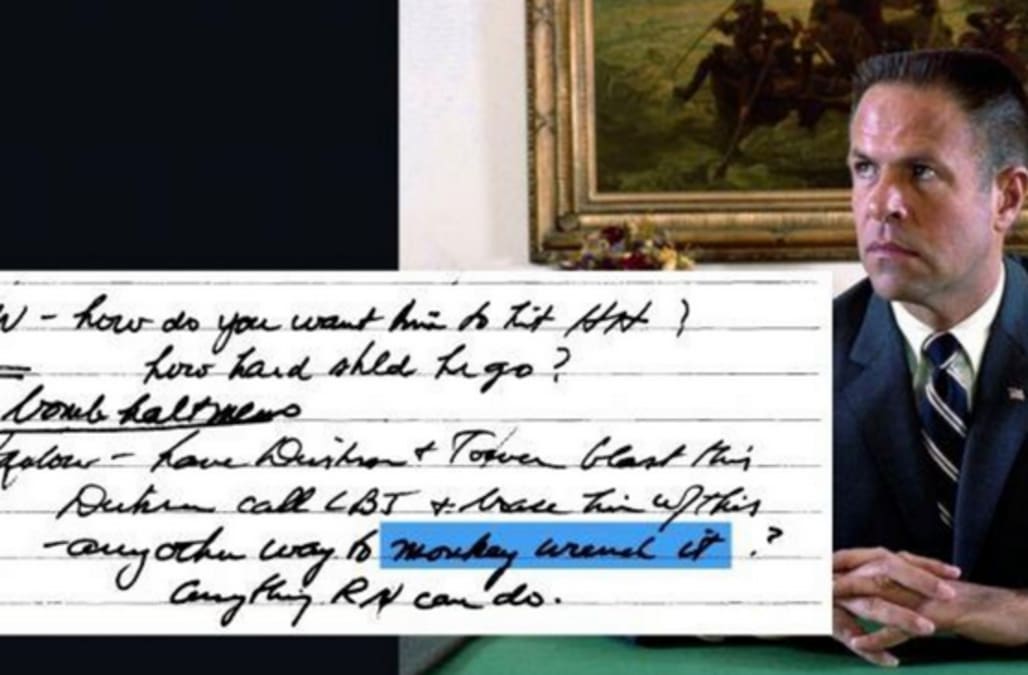 Former President Richard Nixon had long been accused of derailing peace talks in Vietnam to boost his chances of winning the 1968 election — and newly uncovered notes support that claim.

An author working on the former president's biography found the notes in Nixon's presidential library and shared them with The New York Times.

The writing isn't Nixon's but a campaign aide's. That aide wrote down a conversation he supposedly had with Nixon, who said they should secretly "monkey wrench" the Vietnam peace talks then-president Lyndon B. Johnson was working on.

Nixon was running against Johnson's vice president, Hubert Humphrey. Polls at the time suggested Humphrey was catching up to Nixon in the final months of the campaign.

If a peace deal was secured under Johnson's tenure, some say it likely would have helped Humphrey's chances in the election.

According to the aide's notes, Nixon told him to have a campaign ally convince the South Vietnamese not to agree to a peace deal until after the 1968 presidential election.

On Election Day, Nixon won the contest handily with the Electoral College, but was still polling less than a point higher than Humphrey.

The author that found the note told The New York Times, "Potentially, this is worse than anything [Nixon] did in Watergate."

In the Watergate scandal, it's not clear if Nixon instructed burglars to wiretap phones inside the Democratic National Committee's office, but there was evidence that he tried to cover up the effort. Nixon resigned from the presidency before he could be prosecuted.

See photos of the former president:

More from AOL.com:
These 2 presidents ignited the 4 most protested Inauguration Days
Surgical forceps removed from Vietnamese man after 18 years
Beijing welcomed 2017 from beneath a blanket of smog