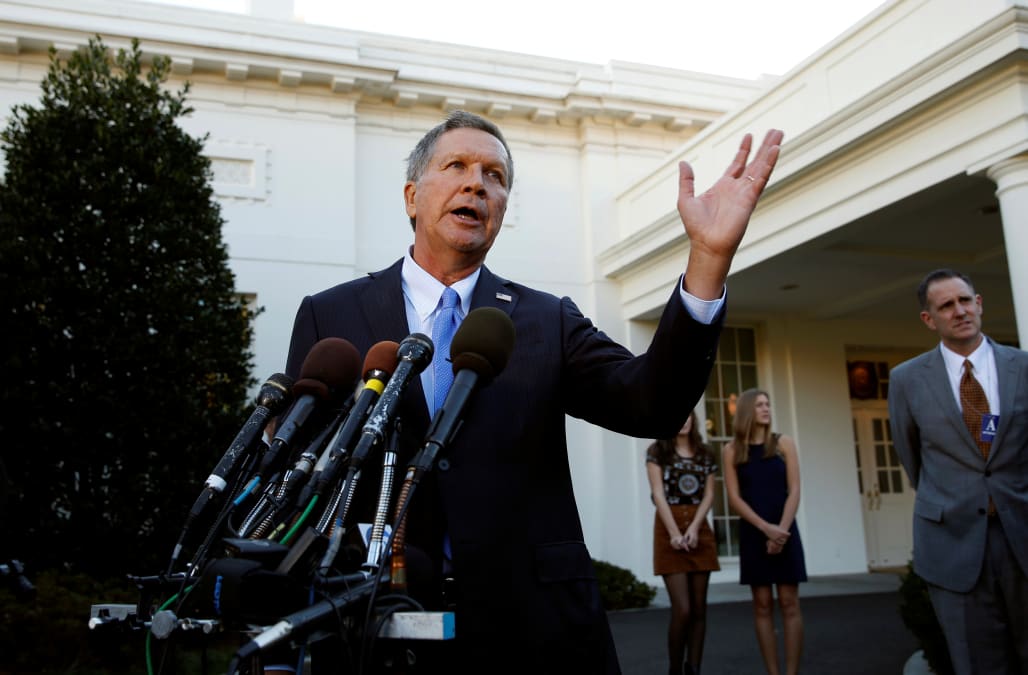 Ohio Governor John Kasich on Tuesday vetoed a bill that would have continued a freeze on renewable energy requirements in his state. The move represented a rare win for environmentalists in a Republican-run state.

Explaining his move — which effectively puts requirements for renewable energy and efficiency back on the books — Kasich said having a "wide range of energy generation options" had helped advance the state's business climate, according to Environment & Energy Publishing.

Related: John Kasich through his career

The veto essentially reestablishes state rules that require utilities to increase alternative energy and energy efficiency, obtaining 12.5 percent of their power from renewable energy sources by 2027. These requirements were originally adopted in 2008, but were frozen by the governor in 2014. The bill, which aimed to "revise the requirements for renewable energy, energy efficiency, and peak demand reduction," would have prolonged the freeze for another two years and made compliance with renewable energy standards voluntary.

Environmentalists lauded Kasich's move, which resumes the Buckeye State's path toward clean energy on January 1. Ted Ford, president of Ohio Advanced Energy Economy, said his organization's analysis showed that the state could save $3.3 billion by 2027 once investment in renewables begins. "With this veto, Ohio can begin to move forward with sensible energy policy next year," Ford said, as quoted by Bloomberg.

Jen Miller, the director of the Ohio chapter of the Sierra Club, echoed this sentiment. "The reinstatement of the energy efficiency and renewable energy standards will result in lower energy bills, less pollution, and more development in the clean tech sector," she told Vocativ in a phone call on Wednesday. "Ohio is a major manufacturing base, and by bringing these standards back, John Kasich is allowing the state to better take advantage of the economic opportunities associated with clean tech development."

However, not everyone in Ohio is applauding Kasich's move. "I think the governor's veto will create more risks going forward that more aggressive efforts to undo the mandates will be forthcoming," Sam Randazzo, an attorney representing the Industrial Energy Users-Ohio, which backed the bill, said, as quoted by E&E.