Mom dies after falling off ski-lift with her two daughters 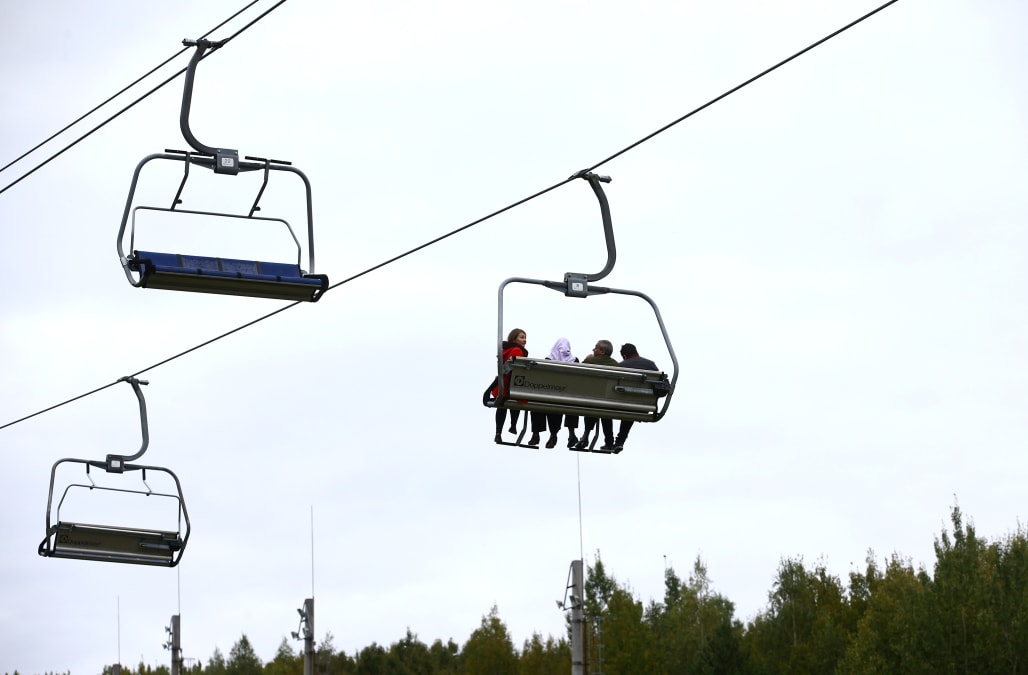 A mom of two died when she and her two daughters fell 25-feet off of a ski-lift in Colorado on Thursday morning, according to police.

Kelly Huber, 40, and her two daughters, 9 and 12 years old, were vacationing from Texas when the fall occurred at the Ski Granby Branch, reports said.

Authorities said they are not sure what caused the fall and they are investigating.

Read: Watch Teenager Dangle From Helicopter After He is Rescued From Ski Lift

It's reportedly the first chairlift fall in Colorado in 14 years and the resort's first-ever.

"It's really important to understand how rare something like this is," he said of such falls. "It's always tragic when there's a serious injury or fatality, but ... these don't happen very often," said Chris Linsmayer, spokesman for Colorado Ski Country USA.

Fatal accidents involving sports teams throughout history
MENDOZA, ARGENTINA - DECEMBER 23: (FILE) Survivors pose for a picture in the F-227 plane's tail on December 23, 1972 in Mendoza, Argentina. On October 13th of 1972 a plane carrying the Uruguayan rugby team Old Christians to Santiago de Chile crashed in the Andes. 29 people died, including players and relatives, and only 16 survived under the most extreme conditions: hunger, temperatures up to 30 degrees below zero and isolation. Eleven days after the accident, they heard in the radio that the search had been stopped and they were presumed dead. Determined not to let themselves die, on December 12th, Nando Parrado, Roberto Canessa and Antonio VizintÃ­n decided to leave the plane and find some help. They walked ten days and 55 kilometers to the west in the snow until mule driver Sergio Catalan found them on a riverside. On December 23th and after 72 days of isolation in the mountains, the survivors were rescued by the Air Rescue Service. This story was taken to the cinemas when in 1993 the movie âAliveâ was presented. Nowdays the survivors give lectures on survival and leadership, telling their story and sharing their experience worldwide. (Photo by Sobrevivientes de los Andes/LatinContent/Getty Images)
(FILES) A file photo taken on April 28, 1993 shows Gabonese soldiers and rescuers standing on a beach as divers search at sea for the bodies of passengers of a plane that crashed on April 27 shortly after takeoff from Libreville with players of the national Zambian football team on board. Thirty people, including 25 players and officials heading to a World Cup qualifying match, were killed in the crash. When Zambia's national football team players arrive in Libreville on February 9, 2012 they will keep a promise they made before the Africa Cup of Nations began to honor the dead from the 1993 air crash. Zambia will play the African Cup of Nations final on February 12 against Ivory Coast in Libreville. AFP PHOTO / STR (Photo credit should read -/AFP/Getty Images)
Up Next

More from Inside Edition:
Together Forever: Debbie Reynolds and Carrie Fisher to Have Joint Funeral
From the Pulse Nightclub Shooting to Pokemon Go, Here Are the Top Newsmakers of 2016
New Year's Eve Security to Be Especially Tight in Wake of European Terror Attacks