Minimum wages will rise in nearly two dozen states in 2017 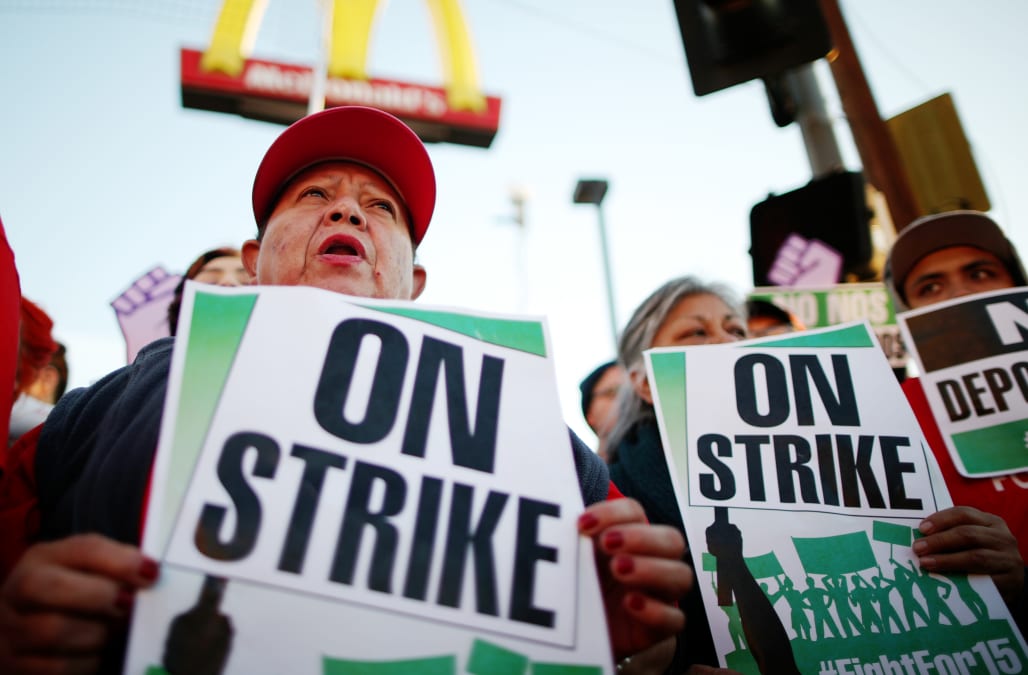 Millions of Americans are set to receive higher pay in the new year, despite the potential confirmation of a millionaire labor secretary who once opposed the Obama administration's efforts to raise the federal minimum wage.

Twenty-two states, plus the District of Columbia, will see their minimum wages increase over the course of 2017, according to The Fairness Project, a nonprofit organization that supports progressive causes. In addition, dozens of cities will see similar hikes.

The raises are owed in large part to a strategy adopted by the Obama administration to circumvent an obstructionist Republican Congress. Rather than give up on their domestic policy agenda, the president and his aides have aggressively used the bully pulpit to push cities and states toward adopting key proposals — including a higher minimum wage.

RELATED: Inside the minimum wage protests

The raises also reflect a galvanized grassroots effort that managed to convince an enormous number of voters of the need for higher pay.

"Seventy percent of these raises came from ballot initiatives," Jonathan Schleifer, executive director of The Fairness Project, told NBC News. "So it's not so much that there's been a major shift from our elected officials... Rather, it's low-wage workers, it's their neighbors, it's folks in their communities who overwhelmingly voted to support ballot initiatives raising the minimum wage."

Connecticut, Hawaii, Maryland, Massachusetts, Michigan, New York and Vermont, meanwhile, have their lawmakers to thank for the minimum wage hikes.

Some of the increases are small, amounting to only a few cents — as in Florida, where minimum wage will go from $8.05-an-hour to $8.10 on January 1. But workers' rights advocates insist any increase, no matter how tiny, makes a difference.

"When you're talking about the types of decisions that minimum wage workers are making — trading off whether they'll pay their healthcare bill or their groceries -- any increase is significant," Schleifer said.

(Kenneth C. Zirkel via Getty Images)
Up Next

"The new labor secretary has been opposed to the interests of workers on almost every level, including expanding overtime wages and raising the minimum wage," said Paul Sonn, general counsel and program director at the National Employment Law Project, a workers' rights group.

Even if Puzder is confirmed, the movement to raise minimum wages at the state and local level will prevail, Sonn said.

"This movement will only get stronger," he said.

More from NBC News:
Why Trump's vow to crush ISIS is easier said than done
Hope and Change? Obama's legacy is at a crossroads
Here's what you may not know about Obamacare