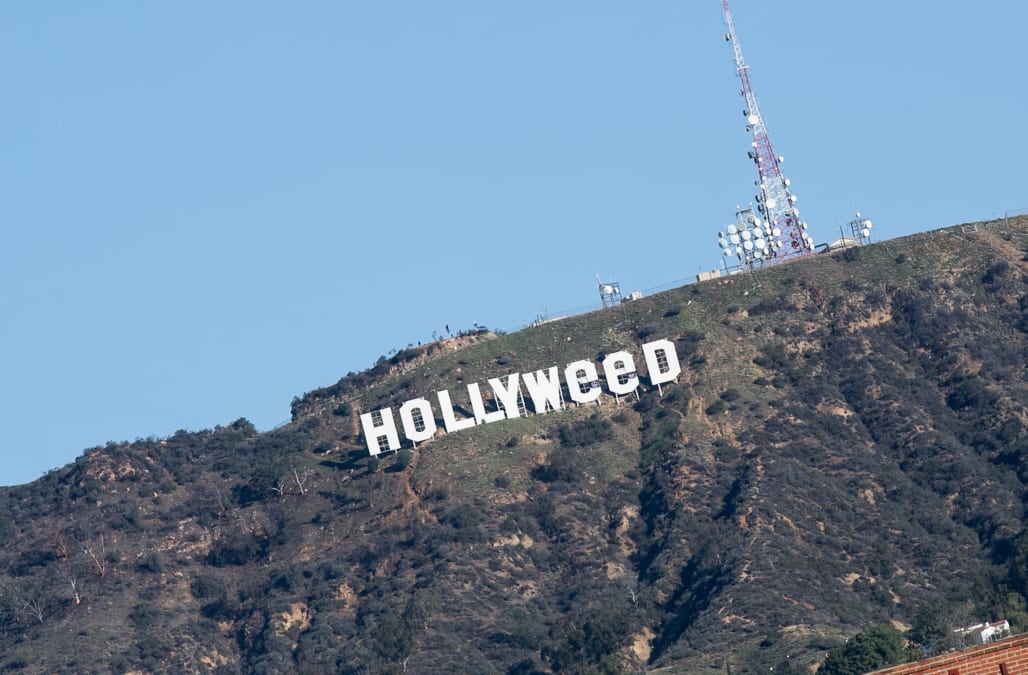 A spokesperson for the Los Angeles Police Department said in an apparent New Year's prank, someone was able to climb onto the mountaintop and place tarps over the sign for it to read "Hollyweed." The incident was caught on surveillance cameras and LAPD is investigating the act as a misdemeanor trespassing crime.

Read more: Californians Can Legally Smoke Marijuana Now — But Not Buy It Yet