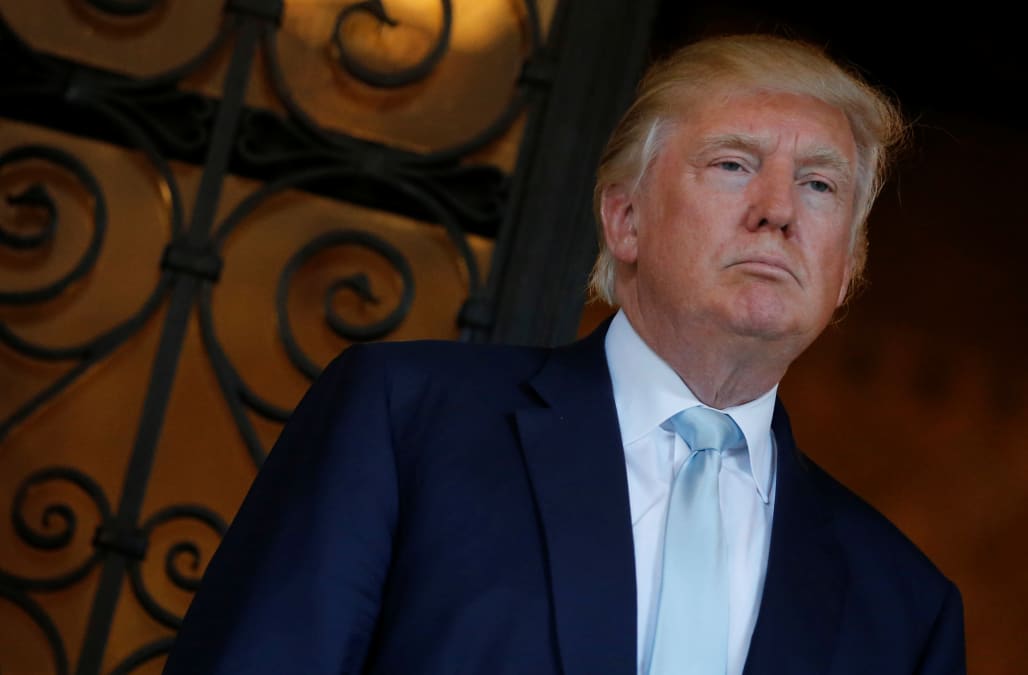 The words "Happy New Year" casually roll off the tongue of most without sarcasm or condition. But many people — we're talking a whole lot of people — didn't receive President-elect Donald Trump's holiday tidings with the hope and joy in which they're usually sent.

Maybe this is why:

Happy New Year to all, including to my many enemies and those who have fought me and lost so badly they just don't know what to do. Love!

Folks on Twitter immediately picked up on the tone and ran off with it, among them, a few notables, like senior editor at The Atlantic David Frum, Soze Agency co-founder Michael Skolink, Rosie O'Donnell and Diane Warren.

Social media reaction to Trump's NYE tweet
“We are all Federalists; we are all Republicans.” “With malice toward none, with charity for all.” “Ask what you… https://t.co/hmLmvbiPye
“Do I not destroy my enemies when I make them my friends?” Different time, different president.
Try this … May the New Year bring out the best in all of us, and may our fears for country and world all prove misplaced
Obama v. Trump. https://t.co/XiJ7DgdAOn
Obama's 2008 election night speech: "In this country, we rise or fall as one nation, as one people..." 1/ cc: @realDonaldTrump
Up Next

@realDonaldTrump – we know what to do RESIST YOU – and everything you represent #notANYONESpresident #resist #liar #cheater #fraud #crook
– Rosie (@Rosie) December 31, 2016

@realDonaldTrump Like EVERYTHING else, let's make even New Years about U and all your "enemies". WTF grow up
– Diane Warren (@Diane_Warren) December 31, 2016

@realDonaldTrump U seem to have forgotten that U lost the popular vote by almost 3 million but we haven't...
– Diane Warren (@Diane_Warren) December 31, 2016

@shegeek it's beyond ridiculous... i mean c'mon, pull your shit together 20 days before your sworn in...
– Apple-Elgatha (@iamchefapple) December 31, 2016

@realDonaldTrump You are not great at being human.
– Hank Green (@hankgreen) December 31, 2016

Also Read:Donald Trump or Kanye West: Who Said It? (Photos)

@ZeRoyalViking@realDonaldTrump would it have been so hard to just tweet out..."Happy New Years. Look forward to serving you in 2017?"
– Chilled Chaos (@ChilledChaos) December 31, 2016

@realDonaldTrump looks like somebody woke up on the wrong side of humanity this morning
– Jon Cozart (@JonCozart) December 31, 2016

@realDonaldTrump why are you such a petulant little child? You're so embarrassing.
– MalyndaHale (@MalyndaHale) December 31, 2016

.@realDonaldTrump You're the president-elect! Is it too much to ask you to have some dignity? You sound like you just won at dodgeball.
– (((BrokeAssStuart))) (@BrokeAssStuart) December 31, 2016