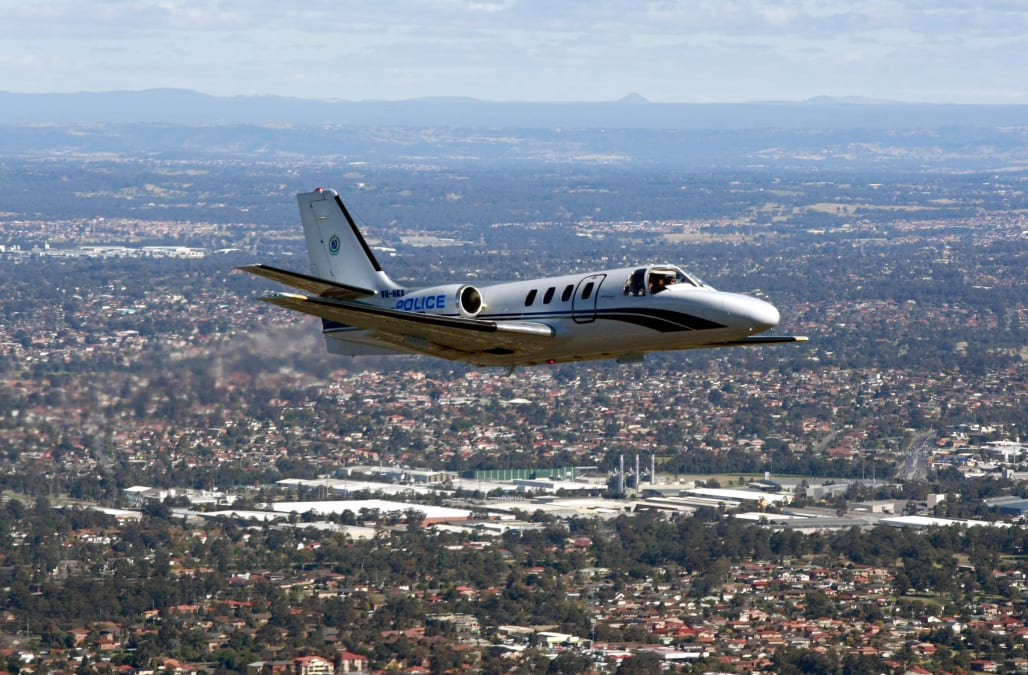 A small plane heading for Ohio State University vanished after taking off from an airport on the shores of Lake Erie late Thursday.

A spokesman for the airport told NBC News that the missing aircraft was carrying three adults and three children. Its occupants were heading back from a Cleveland Cavaliers game at the Quicken Loans Arena, according to the official.

The Federal Aviation Administration said the aircraft was headed to Ohio State University.

The names of the six people aboard were not immediately made public. The plane is kept at a hangar at Ohio State University, but the passengers do not have any affiliation with OSU, a U.S. Coast Guard official told The Associated Press.

The Coast Guard's search was focused on an area about two miles offshore in Lake Erie early Friday. However, authorities said weather conditions — including waves of up to 14 feet and occasional snow flurries — were hampering the hunt.

According to the Coast Guard, the aircraft was capable of carrying up to 11 people.

No debris has been found, and no emergency beacon has been detected so far, the Coast Guard told the AP.

RELATED: 20 most-loved airlines in the world