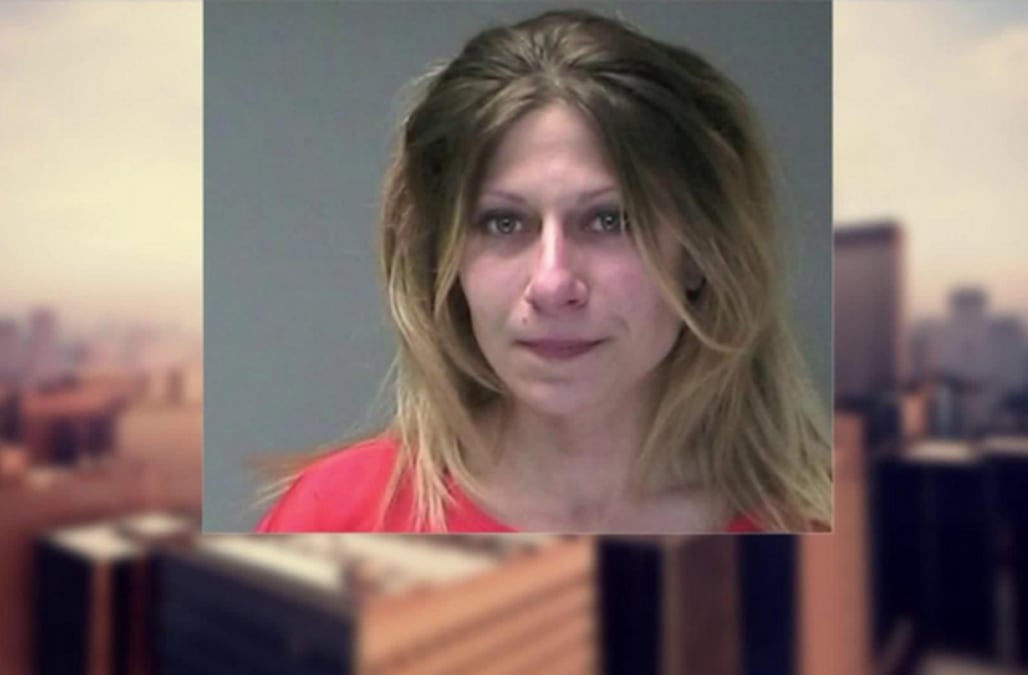 MANORVILLE, N.Y. (WPIX) – A highway patrol officer jumped into a moving car on the Long Island Expressway to arrest an alleged impaired driver with her 22-month-old child inside the vehicle Thursday afternoon, police said.

Maria Lagatta, 37, was driving approximately 20 miles per hour eastbound on the LIE near exit 70 when Highway Patrol Officer Joseph Gross attempted to initiate a traffic stop around 5:30 p.m., police said. Except Lagatta did not stop.

Gross pulled alongside the vehicle and saw a child in the rear passenger seat and was able to slow down incoming traffic to avoid getting rear ended, police said. Lagatta then slowed down to approximately 5 miles per hour, according to police.

The police officer sped past Lagatta, and parked his vehicle on the right shoulder before jumping into her car through the passenger seat window and brought the vehicle to a stop, police said. Both Lagatta and her young daughter were not hurt. The girl was released to a family member and Child Protective Services was notified.

Lagatta was charged with driving while ability impaired by drugs, aggravated while intoxicated with a child passenger 15 years old or younger, and endangering the welfare of a child, police said. She will arraigned at First District Court in Central Islip on December 30.

More from AOL.com:
Man charged with DUI after testing positive for caffeine
Neo-Nazi sets sights on Drexel after professor's 'white genocide' tweet
Halifax children punched in face, locked in bedroom, had no heat and no food