Here's what our first home on Mars may look like 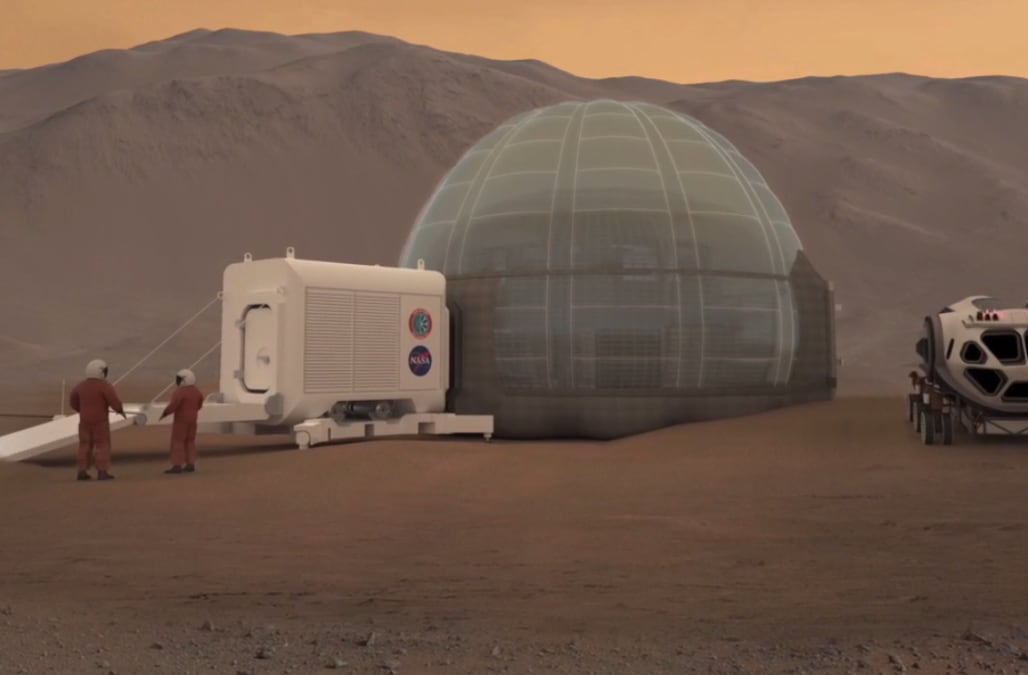 NASA has pledged to get humans to Mars in the coming years, and once those people arrive they're going to need someplace to stay.

The agency's Langley Research Center recently provided a glimpse of what living on the Red Planet could look like.

Coming up with a housing concept that protects astronauts from the punishing Martian environment and the planet's excessive radiation levels requires quite a bit of out-of-the-box thinking.

That spirit of creativity led a team of designers, architects, and NASA experts to a rather surprising building material – ice.

The concept presented by the group, dubbed Mars Ice Home, is an inflatable habitat with an outer coating of frozen water.

It would be set up in advance and incorporate resources already on Mars.

Based on an availability estimate of the requisite liquid, the shelter would take roughly 400 days to ready.

Creating a livable, not just survivable, environment was also of great importance as those who make the trek to Mars will be sticking around for quite a while.

Kevin Kempton, one of the team members, said of the design, "All of the materials we've selected are translucent, so some outside daylight can pass through and make it feel like you're in a home and not a cave."

Mars Ice Home is one of many concepts being developed and considered for use in the mission.