What to know about Franklin Graham, Trump's inauguration pastor 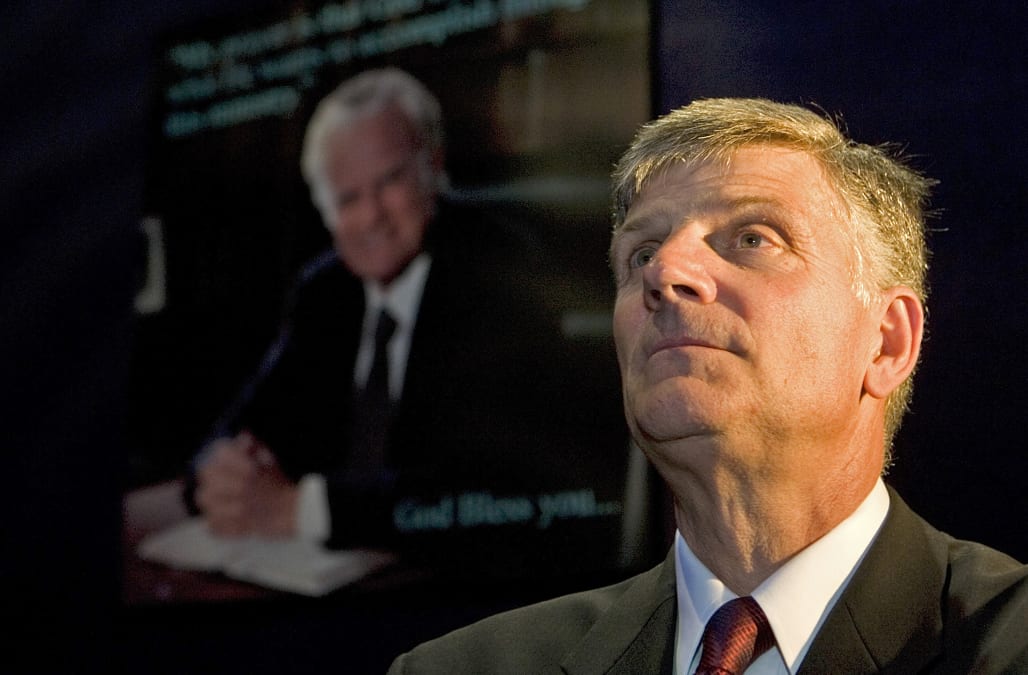 Anti-LGBTQ evangelist Franklin Graham, son of the influential Billy Graham, will be among the religious leaders to give a reading and benediction at Donald Trump's inauguration on Jan. 20.

Graham, who had made statements supporting a Trump presidency as early as 2011, is the President and CEO of the Billy Graham Evangelistic Association and of the evangelical relief organization Samaritan's Purse.

Here is what you need to know about the controversial leader:

This isn't his first inauguration

Graham, a self-styled "rebel with a cause," gave the invocation at George W. Bush's inauguration ceremony in 2001. He stirred up controversy at the event when he prayed for Americans to "acknowledge You alone as our Lord, our Savior and our Redeemer."

Related: See the legendary Billy Graham throughout his career:

Billy Graham crusade over the years
Up Next

Though he criticized Trump's "grab them by the p****" remarks, Graham frequently defended the president-elect during the campaign — and in November said that Trump won because "God showed up."

"Many thought the Trump/Pence ticket didn't have a chance," Graham wrote on Facebook. "None of them understand the God-factor."

Graham has since appeared with Trump at a "victory tour" rally, where he made a similar claim that God had "answered the prayers of hundreds of thousands of people across this land who had been praying for this country."

Graham is famously anti-LGBTQ and Islamophobic

Graham is a big supporter of North Carolina's anti-trans "bathroom bill" — and after lawmakers upheld it in December, the Charlotte-based evangelist praised them for "protecting women and children from pedophiles and sexual perverts."

Graham has a long history of similarly anti-LGBT statements, including in 2014 when he praised Russian President Vladimir Putin for his anti-gay policies.

"Isn't it sad, though, that America's own morality has fallen so far that on this issue — protecting children from any homosexual agenda or propaganda — Russia's standard is higher than our own?" Graham wrote. "In my opinion, Putin is right on these issues."

Graham has also made a number of statements condemning Islam as "a very evil and a very wicked religion" and that he United States should "use weapons of mass destruction if need be" to combat it. In 2010, he was disinvited from the National Day of Prayer event at the Pentagon over anti-Islam comments.

Graham has also questioned President Barack Obama's Christian faith, suggesting the president may secretly be a Muslim "because Islam has gotten a free pass under Obama."