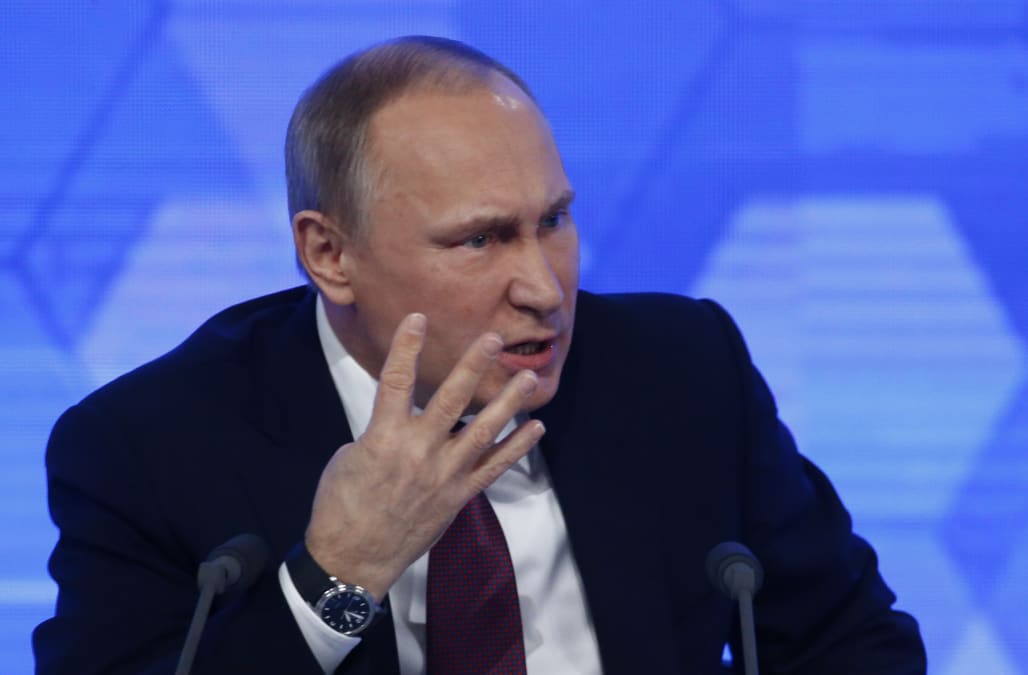 The FBI and Department of Homeland Security released a joint report Thursday on Russian "malicious cyber activity" that included a thorough list of the peculiar secret code names used by Russian hackers.

SEE ALSO: Sheen sparks fury with post on who should die 'next'

The joint analysis report, which refers to the Russian activity headlined by its efforts hack into US government and political organizations as GRIZZLY STEPPE, included a list of secret code names used by reported actors associated with the Russian military and civilian intelligence service who engaged in various phishing schemes aimed at foreign targets.

Some of those absurd names included "SEADADDY," "HAMMERTOSS," "Energetic Bear," and "Carberp." Many of the names include "duke" or "bear," such as the more well known alias "Fancy Bear." The report was released shortly after President Barack Obama announced new sanctions against Russian officials, which includes the removal of 35 Russian intelligence officials currently in the United States, in addition to sanctions from the Treasury Department against two other Russian individuals.

In a Thursday statement, Obama said the actions were "not the sum total of our response" and announced his administration would provide a report to Congress in the coming days related to Russia's "efforts to interfere in our election, as well as malicious cyber activity related to our election cycle in previous terms."

RELATED: What Trump and Putin have said about each other:

Russia swiftly responded, assuring that Washington would "receive an answer" if "new hostile steps" were taken.

"This applies to any actions against Russian diplomatic missions in the United States, which will immediately backfire at US diplomats in Russia," Foreign Ministry spokesperson Maria Zakharova said in a statement. "The Obama administration probably does not care at all about the future of bilateral relations, but history will hardly forgive it for this après-nous-le-deluge attitude."

Recent public revelations showed that US intelligence tied the election-related hacking of Democratic political organizations and operatives, such as Clinton campaign chair John Podesta, to senior Russian officials. The CIA has concluded that Russia intervened in the US election to try to tip the scales toward President-elect Donald Trump, though other agencies haven't gone as far in their assessments.

Both Republicans and Democrats have called for action to be taken against Russia for its role in the hacking. Republican Sens. Lindsey Graham of South Carolina and John McCain of Arizona have been two of the loudest voices on that front.

Meanwhile, Russia has repeatedly denied its involvement, and Trump has refused to acknowledge that Russia had involvement in election-related hackings. He said Wednesday that "I think we ought to get on with our lives."

"I think that computers have complicated lives very greatly," he told reporters outside his Mar-a-Lago resort in Florida. "The whole age of computer has made it where nobody knows exactly what is going on."

More from Business Insider:
Trump gives bizarre, impromptu press conference in Florida
White House nears announcement on how it will punish Russia for election cyberattacks
The ruble is shaking off Obama's sanctions against the Russian government