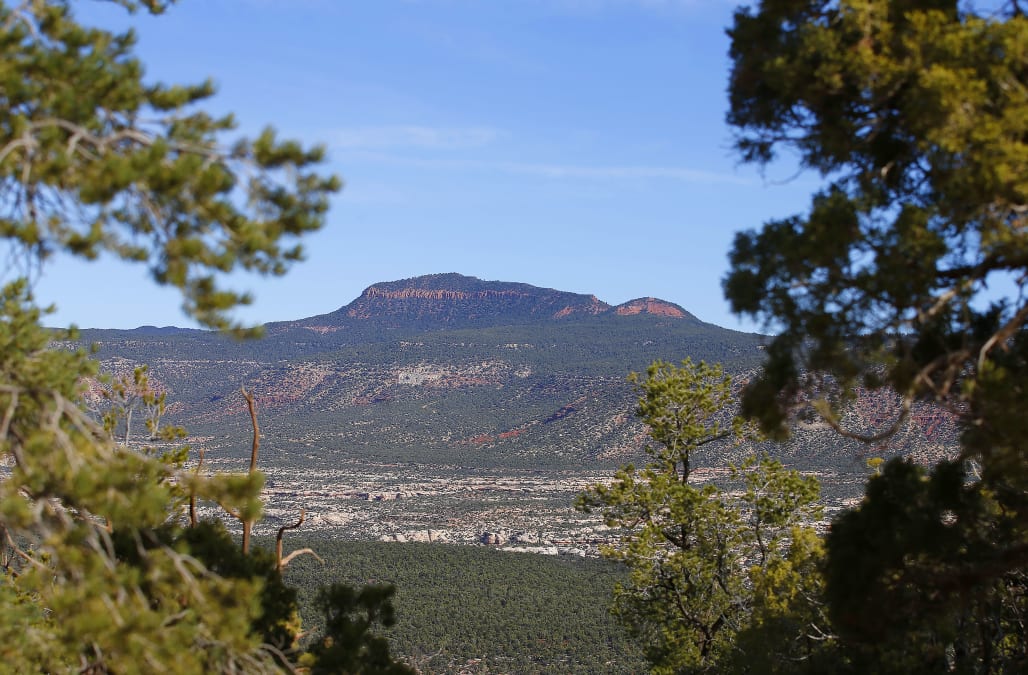 "Today's actions will help protect this cultural legacy and will ensure that future generations are able to enjoy and appreciate these scenic and historic landscapes," Obama said in a statement.

Obama used the 1906 Antiquities Act to protect 1.35 million acres of federal land at Bears Ears in Utah and 300,000 acres at Gold Butte outside of Las Vegas, Nevada - a move that will be difficult for President-elect Donald Trump to reverse.

Obama has used the Antiquities act and other measures to protect more land and water than any administration in history, the White House said in a statement.

The decision comes after a years-long effort by various tribes and lawmakers to protect the Bears Ears region, which is home to a wealth of Native American sacred sites, rock art, ancient cliff dwellings and other areas of cultural significance.

Bears Ears has been home to Hopi, Navajo, Ute Indian Tribe, Ute Mountain Ute and Zuni, whose leaders welcomed the announcement. The designation will allow them continued access to tribal ceremonies, firewood and herb collection, hunting, grazing and outdoor recreation on the site.

"As a coalition of five sovereign Native American Tribes in the region, we are confident that today's announcement of collaborative management will protect a cultural landscape that we have known since time immemorial," said Alfred Lomahquahu, vice chairman of Hopi Tribe.

Lomahquahu will serve as a co-chair of the new Bears Ears Inter-Tribal Coalition, which will administer the use of the land with federal and state government partners.

RELATED: The beauty of the United States' National Parks

Utah's governor and congressional delegation opposed the designation as a national monument, arguing that it goes against the wishes of Utahns.

U.S. Representatives Rob Bishop and Jason Chaffetz, both Republicans, had proposed a land-use bill called the Public Lands Initiative that would have created two national conservation areas for some of Bears Ears but enabled development on other areas.

The House of Representatives did not vote on the bill before recess.

Chaffetz on Wednesday called the designation a "midnight monument," accusing Obama of a last-minute designation that "cherry picked" parts of his bill "and disregarded the economic development and multi-use provisions necessary for a balanced compromise."

"We will work to repeal this top-down decision and replace it with one that garners local support and creates a balanced, win-win solution," he said.

More from AOL.com:
Obama: 'I'm confident' I would've won if I was eligible to run for president in 2016
Researchers name new coral reef fish after Obama
One picture sums up political shake-ups of 2016