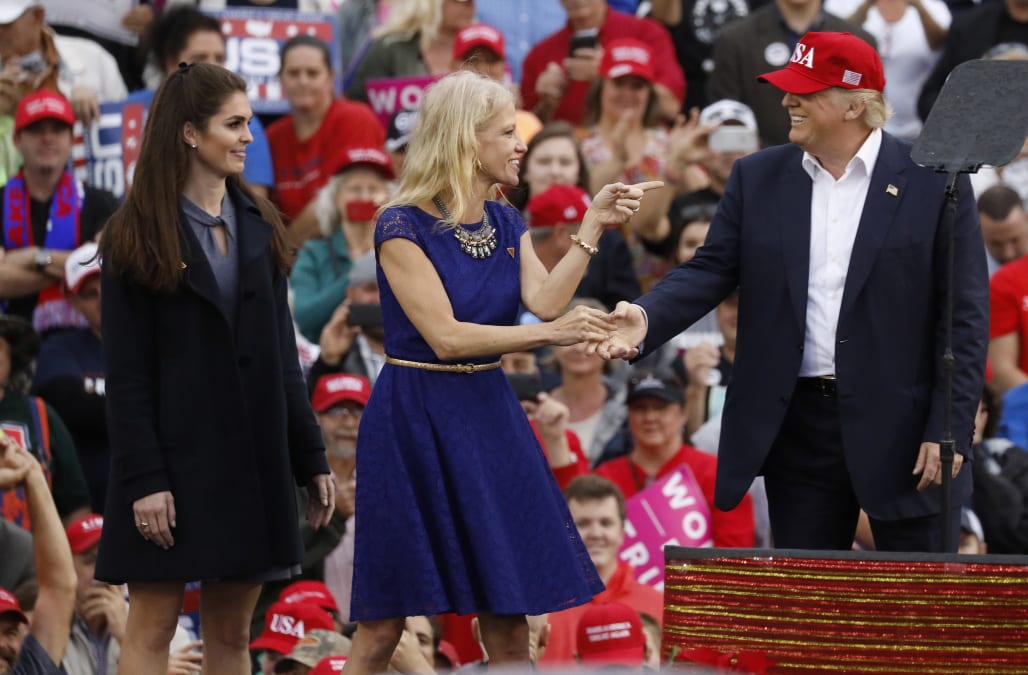 Kellyanne Conway has been selected as a top adviser to Donald Trump and will be relocating to the Washington, D.C. area, reports The Hill.

She is said to be concerned about her children's education options in their new hometown, notes Page Six.

On Thursday, Page Six's Richard Johnson wrote that Conway fears , "...establishment elites in Washington, DC, are so prejudiced against President-elect Donald Trump that she won't be able to get her kids into private school in the nation's capital."

RELATED: Where the president's children go to school

Caroline Kennedy attended The Brearley School and Convent of the Sacred Heart in New York City and graduated from Concord Academy in Massachusetts in 1975. She later earned a Bachelor of Arts from Radcliffe College at Harvard University.

Both Luci and Lynda attended the National Cathedral School for Girls for high school. Luci later attended Georgetown University School of Nursing, while Lynda graduated from the University of Texas at Austin.

President Carter shares a secret with his daughter Amy

None of the Reagans lived in Washington during their father's presidency.

Both Sasha and Malia attended Sidwell Friends School in Washington. Malia is currently taking a gap year before starting at Harvard in the fall.

President George H.W. Bush and his children George W. Bush is at center with his arm around his mother, Barbara

President Clinton with his wife Hillary and daughter Chelsea.

After attending the Sidwell Friends School, Chelsea went on to receive her undergraduate degree from Stanford University.

George W. Bush and his daughters Barbara and Jenna.

Both Barbara and Jenna attended Austin High School. Jenna later went on to graduate from University of Texas at Austin, while Barbara graduated from Yale University.

11-year-old Barron currently attends Columbia Grammar and Preparatory School in Manhattan, but it was recently announced that he will attend St. Andrew’s Episcopal in Maryland come fall 2017.

She was reportedly in D.C. recently to visit schools and attended a concert at Englewood, New Jersey's Elisabeth Morrow School.

A source familiar with the event recalled, "...after the concert, all the parents converged on Kellyanne, congratulating and sucking up to her. Kellyanne is asking everyone with connections to DC schools for help."

During her visit to the nation's capital, Conway told Johnson, "I would not characterize myself as 'worried' so much as amused by the silence and sighs on the other end of the phone when friends and allies have made preliminary inquiries on our behalf."

Donald and Melania Trump are delaying their son Barron's move to the capital, according to the Washington Post. Both Melania and the 10-year-old boy will reportedly be staying in New York until the school year is over.

According to CNN, Ivanka Trump and her husband, Jared Kushner, have been looking for real estate in D.C. Both are expected to serve the Trump administration in some capacity.

It is unclear when their move will occur and which schools they are hoping to see their children attend.