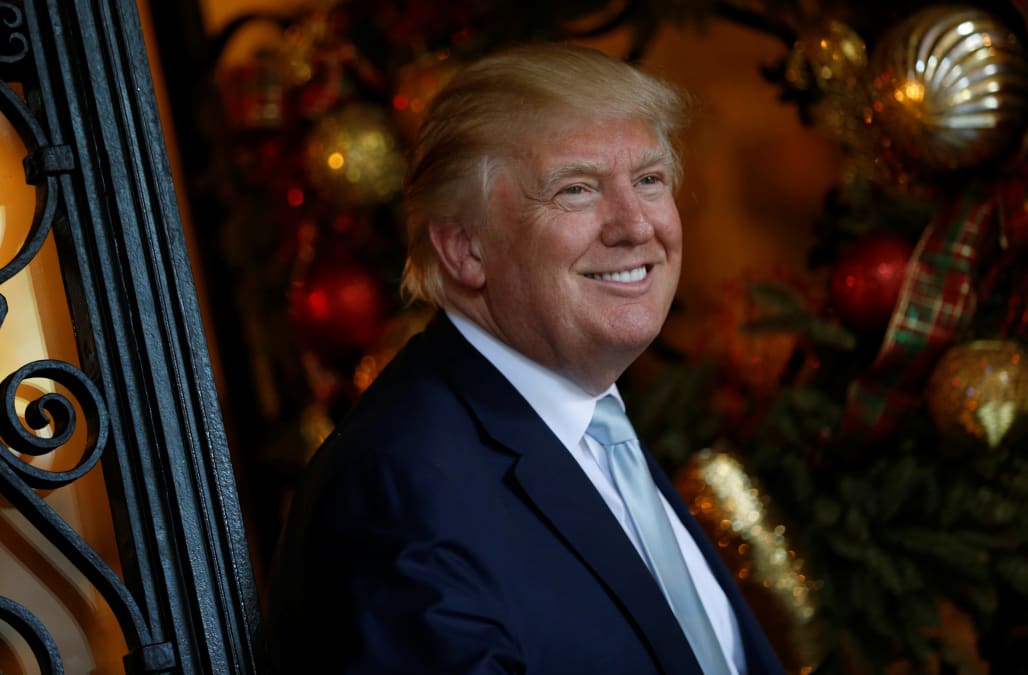 Donald Trump is reportedly turning to past presidents for inspiration on what to do with his own inaugural address coming up in January.

A Washington Post report said Trump plans to lean on the speaking styles of John F. Kennedy and Ronald Reagan for his first address as commander in chief.

Trump's surrogates have been quick to compare him to Reagan, the prototypical conservative president.

Presidents meeting their successors
U.S. President Barack Obama meets with President-elect Donald Trump in the Oval Office of the White House in Washington November 10, 2016. REUTERS/Kevin Lamarque
US President George W. Bush and his wife Laura(obscured) welcome president-elect Barack Obama and his wife Michelle to the White House NOvember 10, 2008 in Washington, DC. Bush invited Obama for the private talk, a rite of passage between presidents and successors that extends for decades.The two are expected to discuss the nation's enormous economic downturn and the war in Iraq. AFP PHOTO/Jim WATSON (Photo credit should read JIM WATSON/AFP/Getty Images)
WASHINGTON, : US President BIll Clinton (R) and President-elect George W. Bush(L) shake hands during meetings19 December, 2000 at the White House in Washington, DC for discussions on the transition to power on 20 January 2001. Bush will meet later with US Vice President Al Gore, the man he defeated in the election. AFP PHOTO/Paul J. RICHARDS (Photo credit should read PAUL J. RICHARDS/AFP/Getty Images)
Up Next

"I think that it will be very powerful and very impressive. ... Maybe Reagan at his peak," former House Speaker Newt Gingrich said of Donald Trump's Republican National Convention speech.

But Trump apparently had lots of nice things to say about the Democrat Kennedy, as well.

Trump reportedly discussed his inaugural address with guests at his Mar-a-Lago club in Florida. One source said, "He spoke about Kennedy and how he was able to get the country motivated, to go to the moon."

Presidential historian Douglas Brinkley, who was present at the event, confirmed Trump did have lots of nice things to say about the two former presidents but declined to discuss his inaugural speech plans specifically.

Trump's inauguration is scheduled for Jan. 20.