Trump staffer resigns after being caught in alleged sex scandal 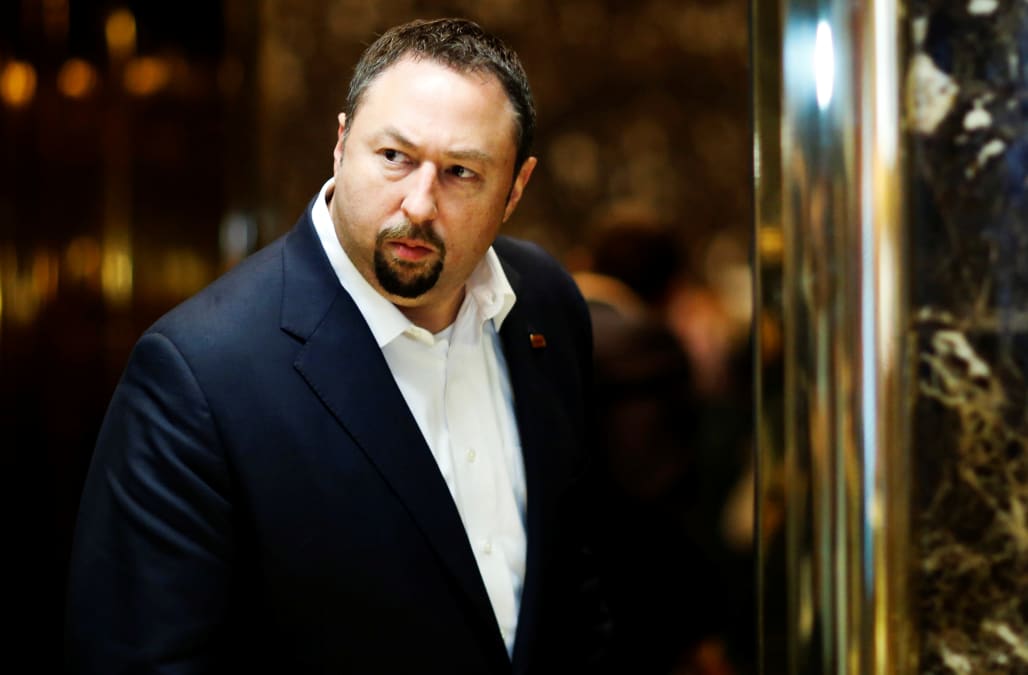 Donald Trump might not be in the White House yet but his staff is already experiencing its first sex scandal.

The president-elect's newly appointed White House communication director Jason Miller resigned on Christmas Eve just two days after getting the position. He claimed it was to "spend more time with his family."

This, after people were already talking about how the married Miller was spending time in strip clubs during the campaign with Trump adviser A.J. Delgado.

Communications adviser Jason Miller speaks to the media in the lobby of Republican president-elect Donald Trump at Trump Tower in New York, November 16, 2016.

Jason Miller, communications director for the Trump transition team, briefs reporters at Trump International Golf Club, November 20, 2016 in Bedminster Township, New Jersey. Trump and his transition team are in the process of filling cabinet and other high level positions for the new administration.

When it was first announced that Miller got the communications job, Delgado was thrilled and shared her excitement on Twitter. She tweeted, "Congratulations to the baby-daddy on being named WH Comms Director!"

Miller and his wife are expecting their second child in January.

Delgado later branded Miller "The 2016 version of John Edwards." Edwards is known not just for his politics but also for famously hiding his love child back in 2008.

She went on to say, "When people need to resign graciously and refuse to, its a bit . . . spooky." She added, "Jason Miller. Who needed to resign . . . yesterday."

Two days into his appointment Miller did in fact resign. He said in a statement, "After spending this past week with my family, the most amount of time I have been able to spend with them since March 2015, it is clear they need to be my top priority right now and this is not the right time to start a new job as demanding as White House communications director."

Some think that Miller's relationship with Delgado is what forced his resignation while others claim he has been considering better offers in the private sector.