Trump's Christmas tweet leaves many underwhelmed and a bit confused 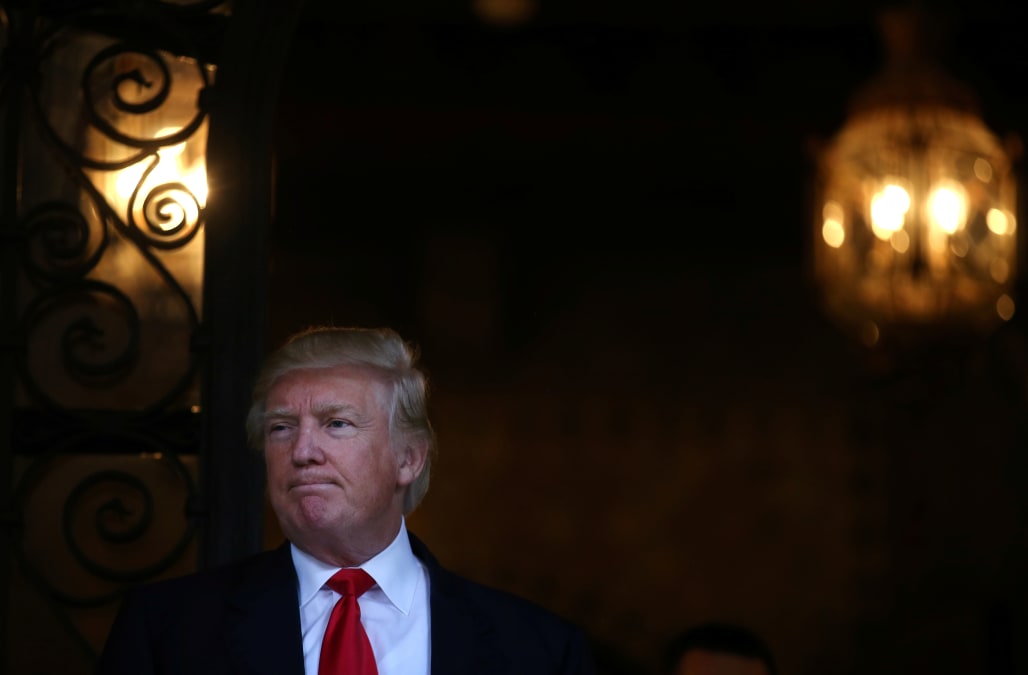 On Sunday, Donald Trump tweeted out a Merry Christmas wish, but his choice of image and rather generic message left many underwhelmed and a bit confused.

The photo shows him raising a fist in the air as he walks past a decorated tree.

Reactions to Trump's off-the-record cocktail party with reporters
@xeni @tdopp @MichaelLinhorst @mikeallen when journalists kowtow the most powerful it shows how little they care to hear from powerless
@mikeallen lol in all seriousness though this is terribly embarrassing for you & everyone in this photo should be ashamed. happy holidays!
The 2017 cast of The Authoritarian Apprentice https://t.co/asA7AgiTB5
Reminder that some people are journalists because they worship power in any form and need to be adjacent to it https://t.co/NhF1l5R4EQ
Reporters shouldn't pal around off-the-record with Trump until he agrees to have a public, on-the-record news confe… https://t.co/21d79mvd9f
Trump hasn't had a press conference in 143 days. But he's now had a private press confab. https://t.co/ju05fC3dkw
for those keeping score at home: it's been 143 days since trump's last press conference. https://t.co/NvkggjjnSa
And who don't answer questions on the record. https://t.co/6GQrTUutMx
Obama did OTRs, too. Problem is if Trump isn't also answering questions on the record. And he hasn't held a press c… https://t.co/pjbE1VxpqA
Up Next

One Twitter user noted, "...it's Christmas Day and you post a picture of...YOURSELF. No mention of peace, hope, family, or Christ? #unpresidented."

Another commented, "I also love that it's just him, no family, no warmth, just a tiny fist and a tree."

The fist in particular drew numerous tweets, including, "Oh Donald I know you think that looks handsome, but do one without the smug look and fist in the air," and, "I'm glad I'm not the only one who found the tiny fist an odd gesture."

That one, though it contained more words, did not include an image.