25 photos show how people celebrate the holidays around the world 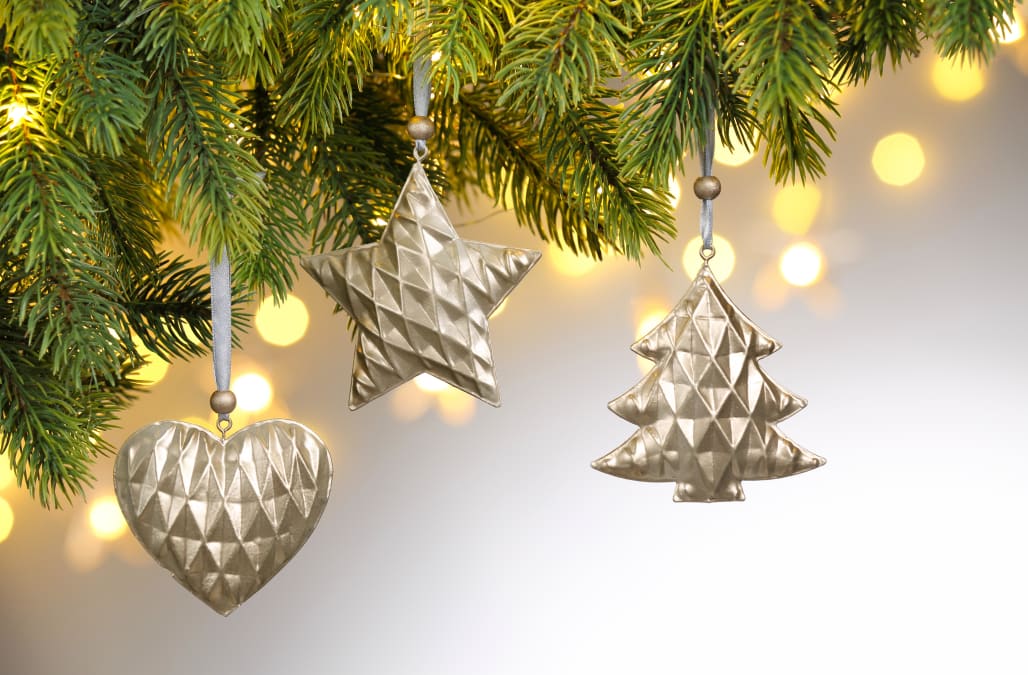 You know Dasher and Dancer, Prancer and Vixen.

But do you know Father Frost, Snow Maiden, or Krampus?

Holiday traditions are as unique as the countries they're from. Some rituals date back centuries, while other celebrations are only decades old.

To celebrate this time of coming together, we rounded up the most spectacular holiday traditions from around the world.

Holiday celebrations around the world

Rovaniemi, Finland, is a gateway to the Arctic north and the "official home town" of Santa Claus. The man in the red suit can be visited 365 days a year.

There, children from around the world come to deliver their wish lists in person.

In Croatia, residents release thousands of paper lanterns carrying their Christmas hopes and wishes into the sky at the nation's capital a few days before the holiday.

Pastorelas, a centuries-old tradition in Mexico, has residents and actors recreate the biblical scene in which the shepherds follow the Star of Bethlehem to find Christ.

People in the village of Martsiyanauka, Belarus, gather around a tree to mark the end of an ancient pagan holiday known as Kolyada. The rituals are believed to bring a good harvest.

Christmastime in Russia swaps Santa Claus with a gift-giving character from Slavic folklore, Father Frost. He's rarely seen without his daughter, Snow Maiden, by his side.

Jewish families around the world light candles on the eight nights of Hanukkah.

Fireworks help ring in Christmas Day in Buenos Aires, Argentina. Some people stay up all night talking with friends and family and sleep through the holiday.

Children in Spain sometimes receive presents on January 6, during the Christian holiday of the Epiphany. A parade celebrates the Three Kings' visit to the Christ Child.

Christians come to worship at the Church of the Nativity, the site believed to be the birthplace of Jesus, in the West Bank town of Bethlehem.

In Munich, Germany, men dressed as Krampus, a creature who punishes the children on Santa's "naughty list," parade through the Christmas market to scare kids into being good.

You might be surprised to find dried oak branches, rather than fir trees, strapped to the rooftops of cars in Serbia. The leaves are burned to bring good luck in the new year.

A Christmas dinner is incomplete in Venezuela without the traditional ham bread, which is rolled with olives, raisins, ham, and sometimes bacon stuffed inside.

Each day of Kwanzaa, marked by lighting a candle on the Kinara holder, represents one of the founding principles of the holiday, including unity, faith, and purpose.

During the Orthodox Christmas, clergy members lead a procession through the streets of Tbilisi, Georgia, where participants give gifts and sweets to children and the needy.

Naples, Italy, is famous for its nativity scenes. It's not uncommon to find the Christ Child's crib in people's homes, though many don't put Jesus on display until December 24.

Christmas isn't a national holiday in Japan, and still, people celebrate on December 25 with a bucket of chicken from KFC. A viral marketing campaign in 1974 started the tradition.

In The Netherlands, children leave their shoes by the fireplace or windowsill so Sinterklaas and his helper, known as Black Pete, will leave presents and sweets for them.

Americans send greeting cards, sing carols, give gifts, and get pictures taken with Santa Claus at the mall as part of the — largely commercialized — holiday season.

In Nice, France, brave souls wearing Santa Claus caps take a dip in the freezing cold riverbank. The tradition has gone on for 72 years.

A festival in San Fernando, the "Christmas capital of the Philippines," attracts spectators to see the massive, geometric-patterned lanterns that shine brightly.

Colombians light candles on December 7, or Little Candles' Day, to mark the start of the Christmas season. Neighborhoods compete to come up with the most creative display.

A goat made of straw — a reminder that Jesus was born in a manger — guards the Christmas tree in some Swedish homes. The city of Gävle builds this display every year.

The Christmas celebration continues through December 26 in the UK and Ireland, where people celebrate Boxing Day with sporting events, shopping, and shows.

A festival in Appenzell, Switzerland, has people dress in elaborate, homemade costumes made of moss, twigs, and leaves. They circle the town: singing carols, ringing bells to scare away evil spirits, and wishing families a prosperous New Year.

(Photo via REUTERS/Miro Kuzmanovic)
Up Next

SEE ALSO: 26 beautiful photos of traditional wedding dresses from around the world