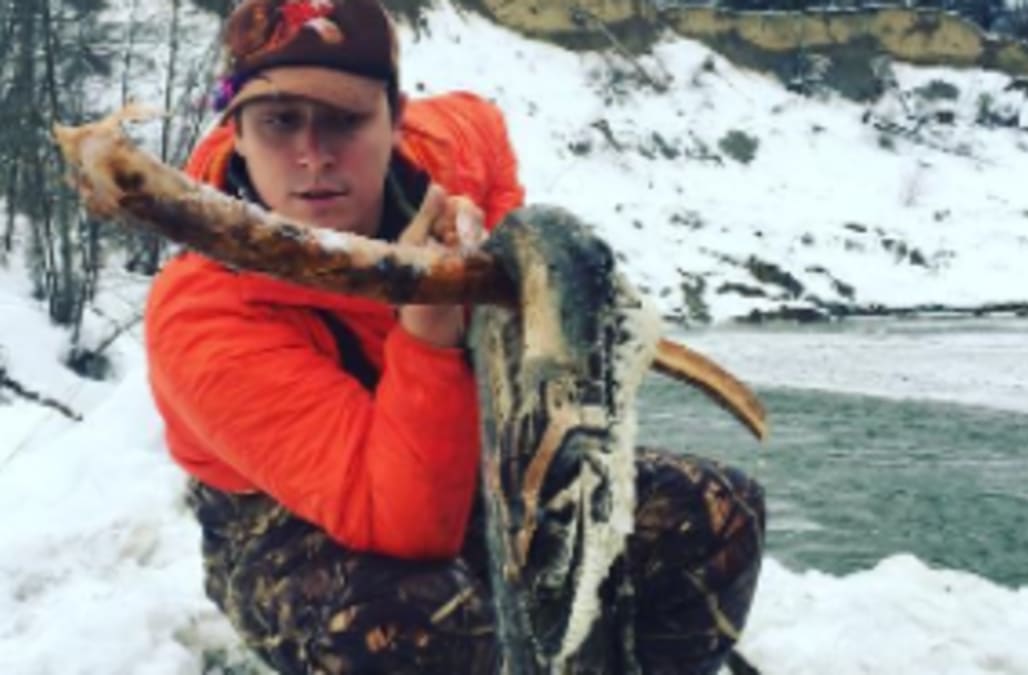 Cleveland, Ohio (WJW) -- Two fishermen found something unexpected when they went fishing in the Chagrin River.

Sam Lincoln posted the photos on Instagram with the caption:

"When you're trying to swing up some holiday steel and you don't catch any fish but you catch a 16 foot constrictor instead."

Lincoln said he and another guy were "fishing a run and looked up and saw it wrapped around a log, half frozen in the water. " They said it took them awhile to get it free and pull it onto the bank.

Related: Images of Snakes where they aren't supposed to be

Despite a snake being used to warmer conditions and the frost being lethal to them, Cleveland Metroparks aquatic biologist Mike Durkalec says it's not the first time he's come across a dead constrictor.

"Over the years, I've had two incidents where I've personally seen constrictors dead along our rivers this time of year. One was a 7-foot animal snagged by a fisherman; the other one, I found myself just along the side of the river. That was about a four to five foot boa," said Durkalec.

He says this may happen when someone decides to get the snake as a pet, but then releases it into the wild when it gets too big.

Durkalec recommends finding an animal rescue shelter to take it in.