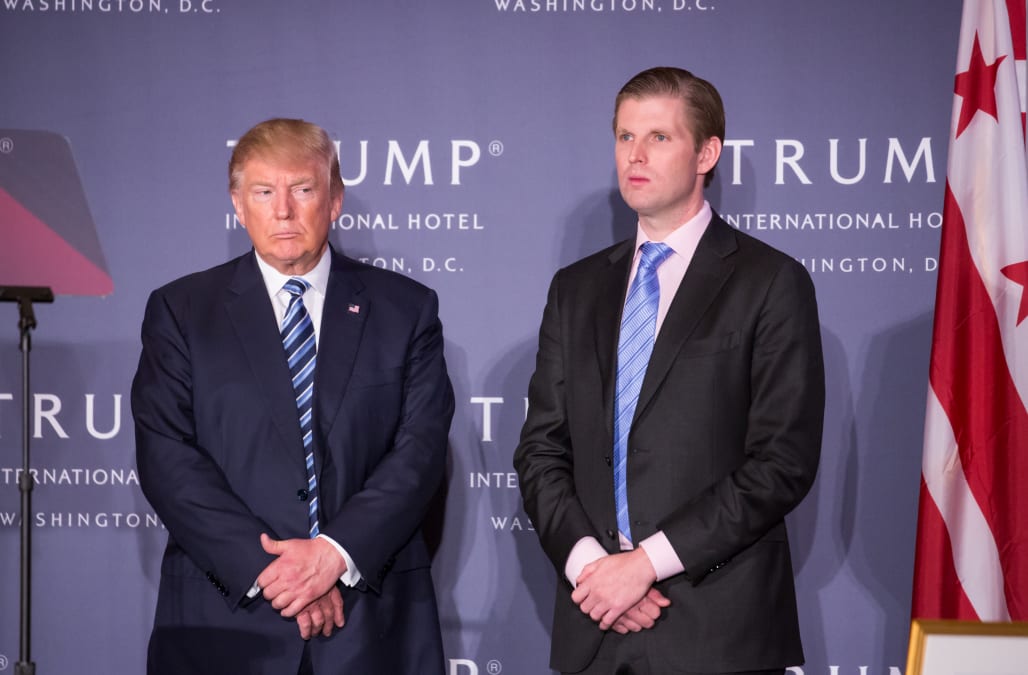 On Friday morning, the president-elect tweeted, "My wonderful son, Eric, will no longer be allowed to raise money for children with cancer because of a possible conflict of interest with my presidency. Isn't this a ridiculous shame? He loves these kids, has raised millions of dollars for them, and now must stop. Wrong answer!"

A recent New York Times report states, in part, that on Wednesday, Eric Trump "had decided to stop directly soliciting contributions for his charitable foundation...because he now recognizes that his status as the president-elect's son means that donors could try to use him to gain access to his father."

Related: Getting to know Eric Trump

The piece quotes Eric as saying, "As unfortunate as it is, I understand the quagmire. You do a good thing that backfires."

An Associated Press investigation reportedly found that past donors to the Eric Trump Foundation had been given access to the Trump family through events such as golf outings and galas.

At the same time, the reporters allege that at least some of the charity's funds were paid to other Trump-related companies or organizations.

The IRS prohibits charitable donations which could benefit people associated with the charity itself.

Lastly, while the foundation's website claims to have committed nearly $30 million to St. Jude Children's Research Hospital, the AP reporters claim that it has only raised about $7.3 million based on IRS records dating back to 2007.