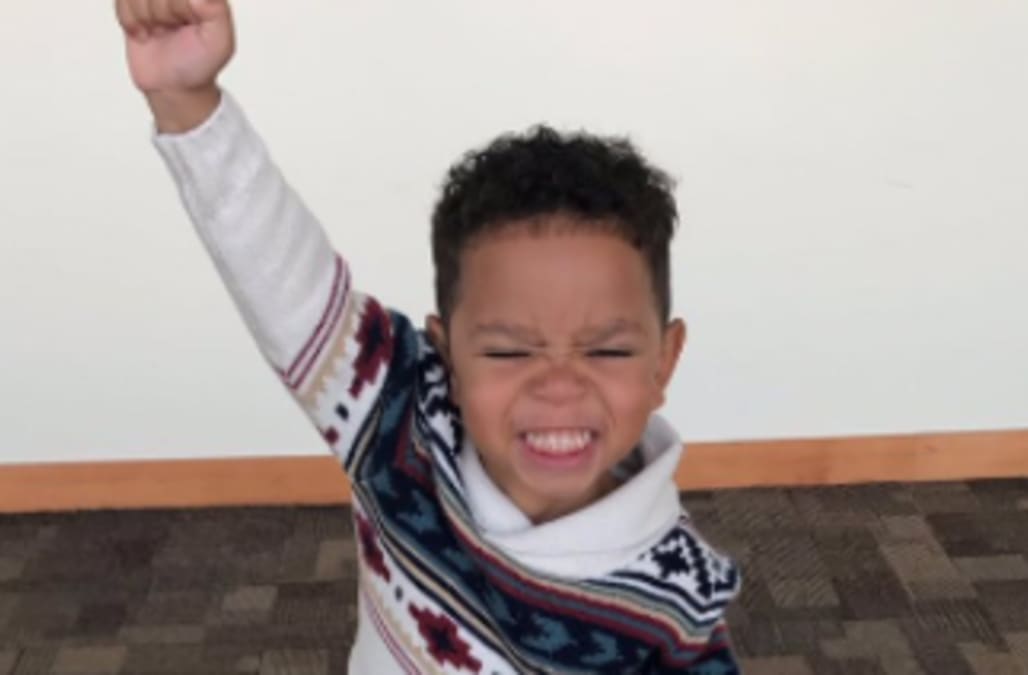 A 3-year-old boy who spent over two years in foster care has finally been adopted and the photos of him celebrating that fact have gone viral.

The boy, named Michael, was adopted Tuesday morning in Phoenix and his story quickly went viral after his new 17-year-old sister posted images of the happy boy on Twitter. The photos were retweeted over 55,000 times in just three days time.

Michael had been living with the Montgomery family since February 14, 2015. They were the 18-month-olds third foster family.

See more from this story

3-year-old's viral adoption photos
Up Next

"His original case plan was reunification with his 'bio-mom.' When that plan failed, a new plan was set."

His new mother Tara Montgomery said that since she is a single parent, the original plan was not to adopt the boy but rather to help him. She has three daughters aged 16, 17 and 23.

According to Montgomery, Michael is "just what (her) family needed."

The viral photos were taken just after the adoption became official.

"This photo is the definition of his personality," Montgomery stated. "He couldn't help but let everyone know that he was being adopted today. We are so happy to have Michael in our lives."

She says that she hopes the photos of happy little Michael encourage others families to adopt.

"If you are thinking about it, just do it. The impact you are making will last a lifetime on the child," Montgomery said.

More from The Grio:
Man arrested in road rage shooting of boy, days after being on the run
Beyoncé sued over claim she didn’t get permission to use logo
Viola Davis gets star on the Hollywood Walk Of Fame