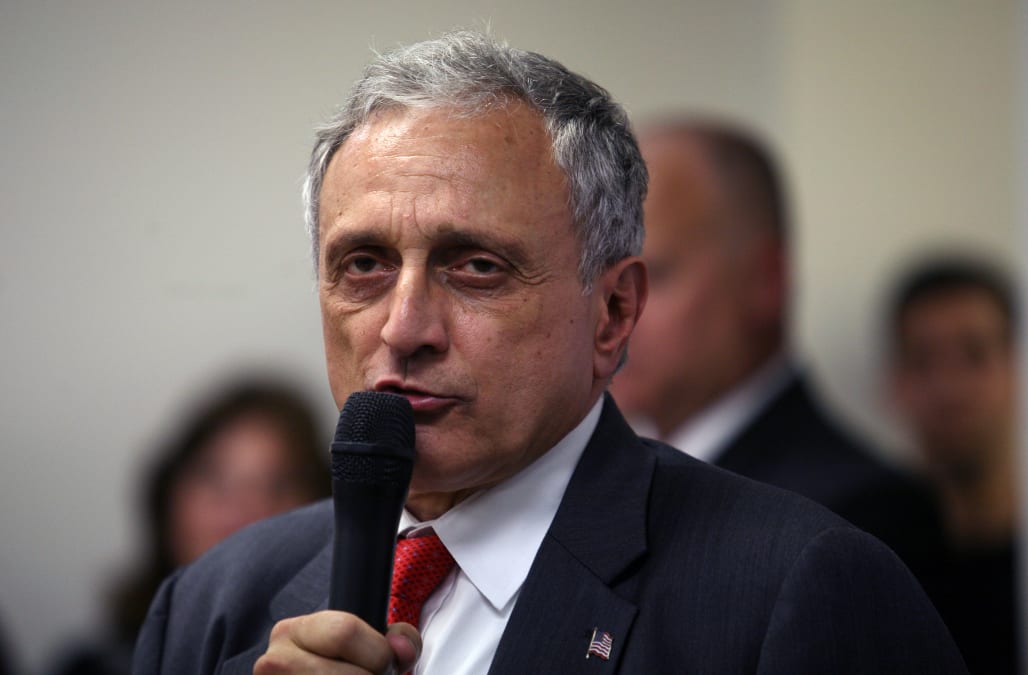 Carl Paladino, who served as a co-chair for Donald Trump's New York campaign, outlined an overtly racist and transphobic list of wishes he has for 2017, saying he wants President Barack Obama to catch "mad cow disease" and for first lady Michelle Obama "to return to being a male and let loose in the outback of Zimbabwe where she lives comfortably in a cave with Maxie, the gorilla."

Paladino, a Republican who ran an unsuccessful bid for governor in New York in 2010, laid out his disturbing wish-list in an alt-weekly newspaper in Buffalo, N.Y., where he currently serves on the school board.

Paladino confirmed he wrote the wish-list himself when asked by the Buffalo News.

"Of course I did," he told the Buffalo News. "Tell them all to go f**k themselves."

When asked if these are his actual comments in @artvoice article, @CarlPaladino says, "Of course they are." pic.twitter.com/smpMyLjgAC

In a later email to reporters obtained by Mic, Paladino claimed his comments had "nothing to do with race."

"That's the typical stance of the press when they can't otherwise defend the acts of the person being attacked," Paladino said.

His comments have residents of Buffalo calling for his removal from the School Board, which he's served on since 2013.

The Buffalo School Board must remove Carl Paladino immediately. This is a disgrace. https://t.co/HyitzoHbV1

It's a stain on Buffalo that Carl Paladino is on the school board. Needs to be rectified ASAP. https://t.co/uls0hfZrlY

This is not the first time Paladino has come under fire for racist, hateful comments: In his unsuccessful 2010 gubernatorial race, Paladino came under fire for racist comments he made about Obama. In a 2008 email, he described an African tribal dance as an "Obama inauguration rehearsal." He also referred to gay Americans as "dysfunctional homosexuals" in a 2010 speech to Orthodox Jewish leaders.

During the Trump campaign, Paladino argued the family of fallen solder Humayun Khan did not "deserve" the Gold Star title.

More from Mic.com:
3 ways the Electoral College vote on Dec. 19 could pan out, from most to least likely
Clinton supporters now ask themselves a tough question: What to do with all that merch?
Mick Mulvaney is Donald Trump's pick to lead the Office of Management and Budget