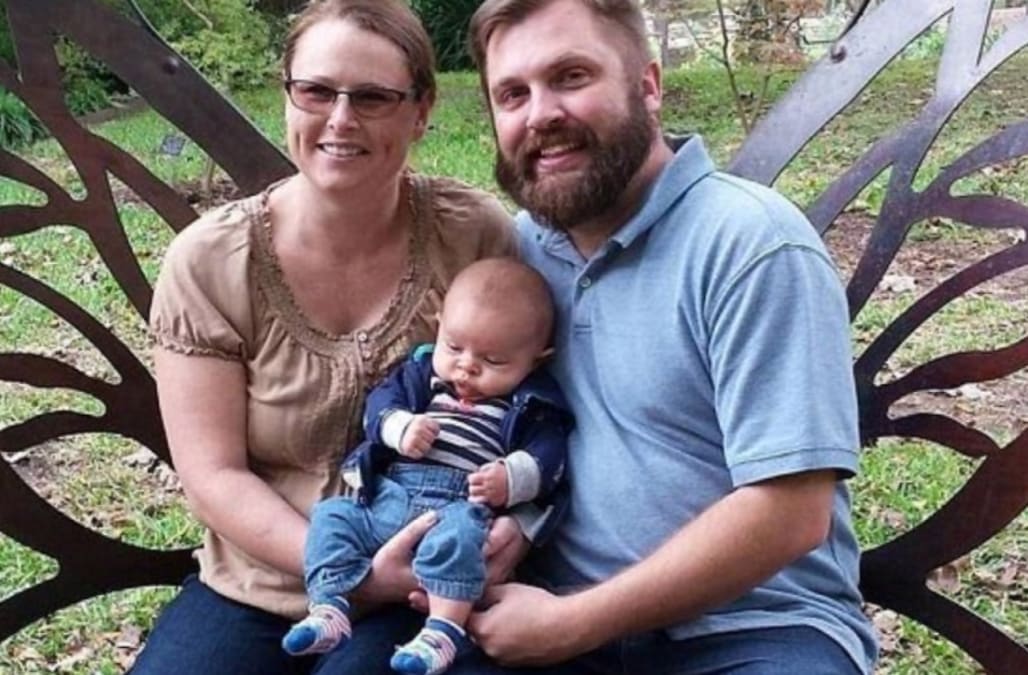 A Texas dad has been arrested for allegedly slitting the throats of his wife and their 3-month-old son.

Craig Vandewege, 35, was arrested in Colorado on Wednesday; nearly a week after his wife Shanna, 36, and their baby son, Diederik, were found dead inside their Forth Worth home.

When authorities responded to the scene on December 15, they found Vandewege outside the home "crouched down with his face in his hands," according to a press release from the Fort Worth Police Department.

He told them his wife and son were in the master bedroom, and police found the victims with knife wounds to their necks, according to the release. They were both pronounced dead at the scene.

Vandewege was interviewed by detectives and "denied any knowledge of this heinous offense," police said. He was then released.

On Wednesday, police in Glenwood Springs, Colorado — nearly 1,000 miles from the family's home in Fort Worth — responded to a call about Vandewege acting suspiciously.

The person who called police said Vandewege had told him he was running from police and asked if he could use his phone to call people and "talk about a murder," according to KDVR.

He was ultimately arrested for speeding and having no proof of insurance, police said.

Following his arrest, authorities searched Vandewege's car and allegedly found an AR-15 rifle and a .22-caliber revolver, ammunition, camouflage clothing and bottles of medication, according to reports.

Prior to bonding out of jail, Vandewege was held on a capital murder warrant from the Fort Worth Police Department. The warrant was prepared "after one week of continuous investigation" by homicide detectives, police said.

According to local reports, before he was arrested, Vandewege told a witness he believed the government was trying to conspire against him.

"Craig Vandewege said he was headed to Las Vegas to see Donald Trump to work it out with him," a detective wrote in an arrest warrant affidavit.

Vandewege remains in the Garfield County jail and is scheduled to appear in court Friday.

More from Inside Edition:
Mom and 3-Month-Old Baby Found Murdered in Their Home: Police
Parents Arrested After Their 10-Week-Old Baby Tests Positive for Meth and Other Drugs
Woman Starts Fire Because She Wasn't Invited to Roommate's Party: Cops