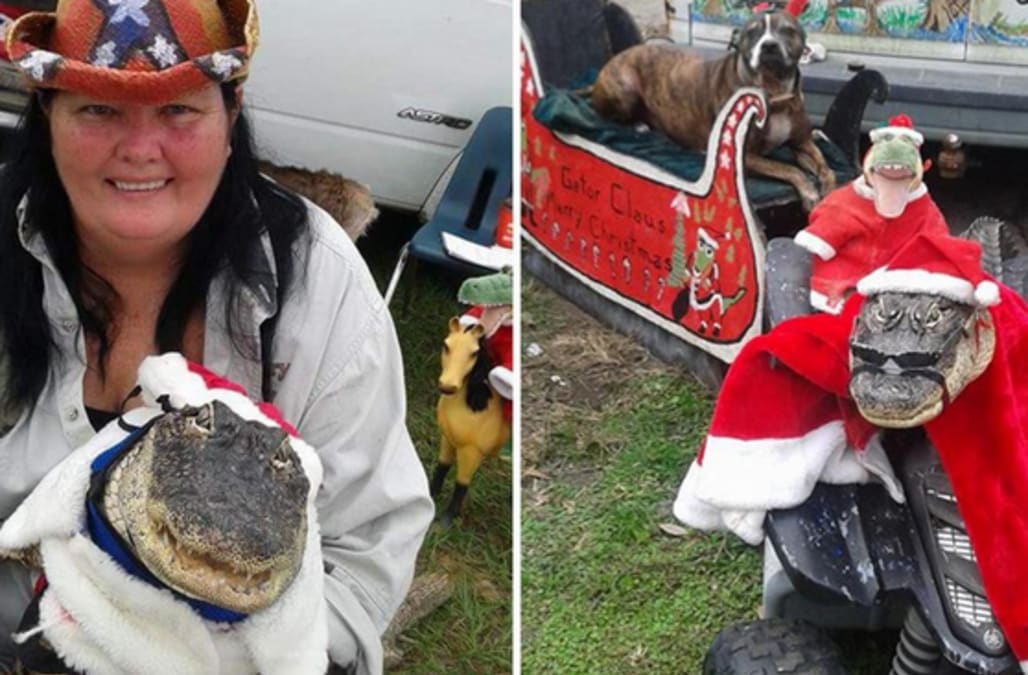 A Florida woman's fight to keep the beloved pet alligator she treats like a dog has finally ended in victory.

Mary Thorn, of Lakeland, and her gator, Rambo, made headlines earlier this year when the Florida Fish and Wildlife Conservation Commission denied the doting reptile mom a permit to keep her sharp-toothed friend.

It was one of many roadblocks in the year-and-a-half-long battle to keep Rambo that has now ended. Now, as long as she follows a few rules, Thorn may continue keeping Rambo inside her home, taking him for rides, and generally treating him like a member of the family.

"He is like my kid. He is treated like my kid. He's got the whole front of his house. He has his own bedroom, refrigerator, pool in the house. He's just like a kid," Thorn told InsideEdition.com.

Unfortunately, to ensure he's never taken away, Thorn has been forced to revoke some of Rambo's favorite privileges, including performances for area charities.

"He can't do more shows. When he is out he has to be taped. When he rides in transport he has to be in a box," Thorn said. "It takes his personality away. He is more human than alligator. He thinks he's being punished."

But after years of living with her reptilian pal, Thorn said it's worth it just to be able to keep him.

Thorn said she rescued Rambo after years of captivity in inhumane conditions. She said he spent the first four years of his life with four other alligators crammed in a 10 gallon fish tank that was kept in a closet.

According to Thorn, this made Rambo very sensitive to sunlight. "He can't go outside at all unless he wears sunscreen and I put clothes on him," Thorn said.

Those clothes usually include sunglasses. Rambo even has a full-blown Santa suit.

Rambo is even potty-trained, and does a special wag of the tail to let Thorn know he needs to go outside.

But about a year ago, Thorn says a growth spurt put Rambo at six feet long. According to Florida state captive wildlife rules, a gator of that size must have 2.5 acres of land on which to live.

Months of negotiations ensued, during which Thorn feared losing Rambo completely. But her patience paid off recently when FWC issued Thorn a personal pet license.

More from Inside Edition:
Punching Out: Sylvester Stallone Says He Will Not Take On Arts Role During Trump's Reign
Classmates Gift Special Needs Student Two New Pairs of Shoes When They Realize His Are Too Small
Oh Deer! Buck Busts Through Family's Home and Ransacks It Before Teen Shoots It