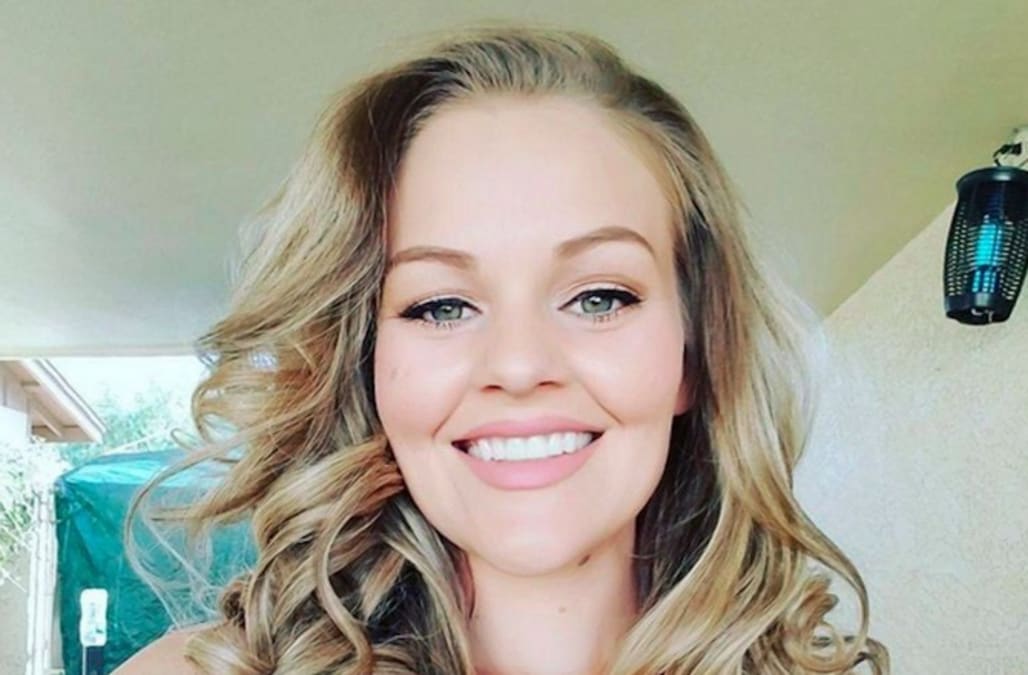 You're probably used to seeing photos of what drugs can do to a person's body. Most of them are deeply heartbreaking.

Dejah Hall's story is different. The 26 year old is celebrating four years of sobriety this month after struggling with addiction to meth and heroin.

She posted photos of herself to the Sobriety Birthdays Facebook page: 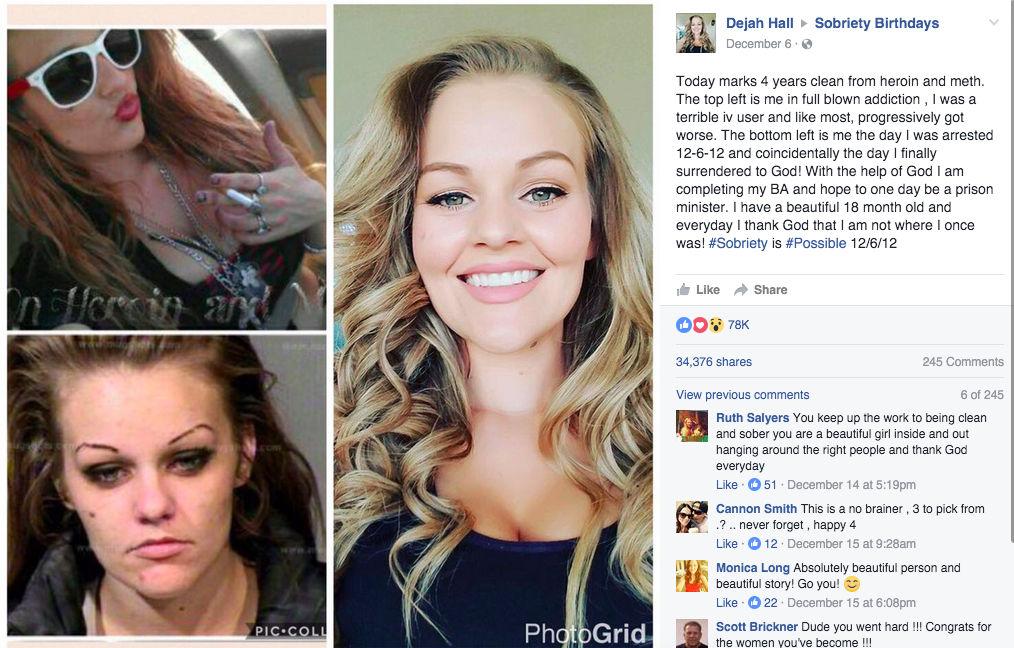 "Today marks 4 years clean from heroin and meth. The top left is me in full blown addiction, I was a terrible iv user and like most, progressively got worse," she wrote.

She wrote that the bottom left photo is the day she was arrested, and also the day she turned her life around.

"With the help of God I am completing my BA and hope to one day be a prison minister," Hall wrote.

Hall told MailOnline that he drug use started when she was only a teenager. She quickly became addicted to painkillers..

"The addict side of me came out and I said I would just take one but one wasn't enough," she told MailOnline. "By the second hit I fell in love with the high. It was numbing."

She said everything changed when she spoke to her grandfather and he said she was "hurting him."

When she was in jail, she quit cold turkey.

"I don't hang with those people anymore – people on those drugs don't care. You don't care who you hurt," she said.

Hall said she hopes that having her photos go viral will be an inspiration to people who are struggling.