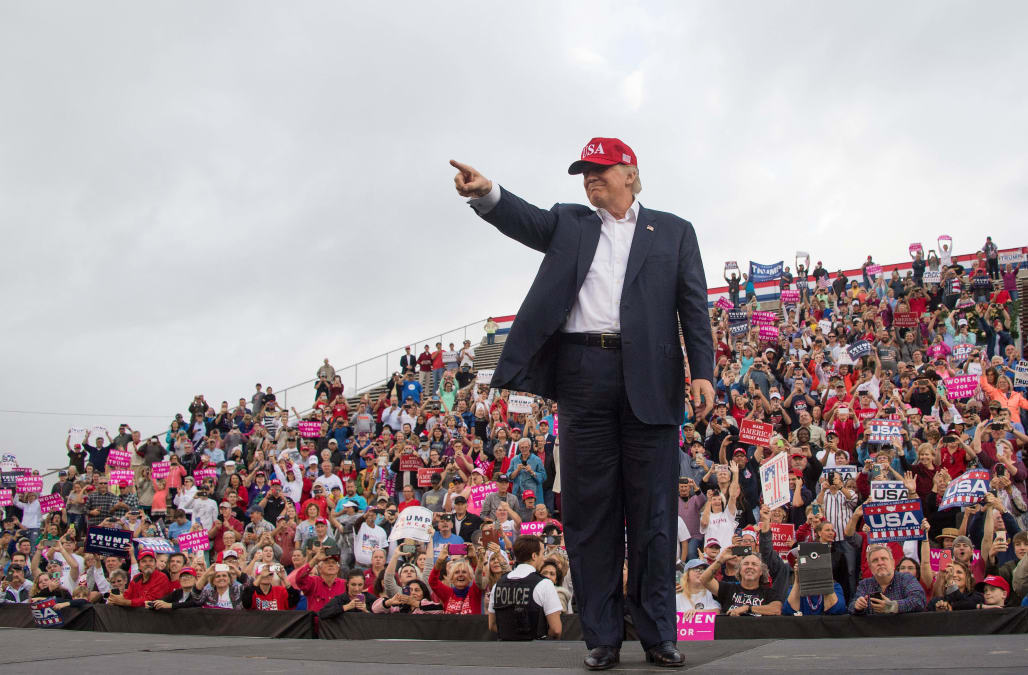 President-elect Donald Trump turned to Twitter on Thursday to call for the US to increase the size of its nuclear arsenal.

"The United States must greatly strengthen and expand its nuclear capability until such time as the world comes to its senses regarding nukes," Trump wrote on the social media platform.

Trump's proclamation came just one day after he met with top Pentagon officials, including the Air Force deputy chief of staff for strategic deterrence and nuclear integration, a post that broadly oversees the Air Force's nuclear weapons capabilities.

He tweeted after the Wednesday meeting that he was very impressed with the individuals he met:

See Trump on his victory tour across America:

Earlier this year, the Obama administration proposed a $348 billion plan to upgrade the US nuclear arsenal over the next ten years to improve the missiles and warheads, and improve delivery systems aboard submarines and aircraft.

During the 2016 presidential campaign, Trump said he could support countries like Japan and South Korea developing their own nuclear weapons, a move that many experts argued could create a strategic arms race in Asia and the Middle East.

"The US needs to be playing an even more active role than it is currently playing in reducing nuclear buildup, and Trump's comments [earlier this year] will not make that job any easier," Reif told Business Insider in March.

He said during the campaign that he wants to be "unpredictable" in his decisions regarding nuclear weapons, but has also said that he would like "everybody to end it, just get rid of" nuclear weapons. He said in September that "once the nuclear alternative happens, it's over," but that he still didn't want to "take anything off the table."

And last month, he tweeted that he "never said" that more countries should acquire nuclear weapons.

SEE ALSO: Climate activists troll Trump by projecting images of rising sea levels on one of his buildings