Gingrich predicts most of Obama's legacy will 'disappear within a year' 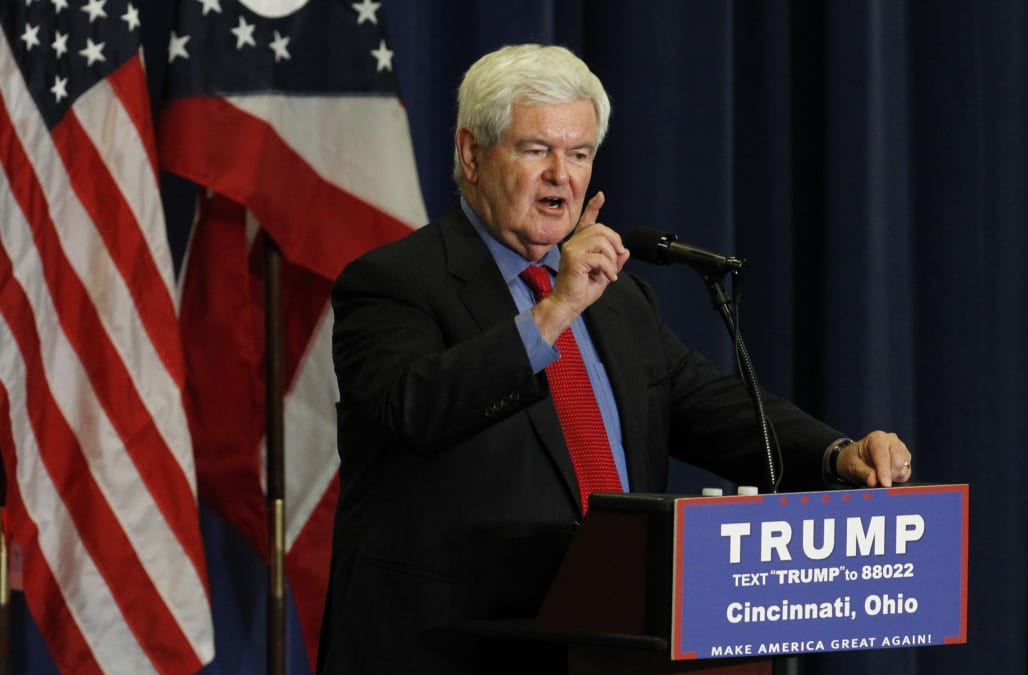 Newt Gingrich has warned that the majority of President Obama's legacy will soon be wiped out by the Trump administration.

The former House speaker made the remarks on Fox News Wednesday after he was shown a clip of Obama's recent NPR interview where he advised Trump to go through Congress to pass policies rather than rely on executive powers because, in his words, "it's harder to undo."

Gingrich commented by saying, "What you're watching is a man who realizes all of a sudden that like 90 percent of his legacy's gonna disappear because he didn't do the hard work of passing legislation. He didn't reach out to work with the other side which, by the way, is also a warning to Trump..."

Gingrich then said, "Starting the opening day when Trump begins to repeal all these executive orders, it's gonna be like one of those balloons that deflates...and down to a core to 10 or 15 percent of what he originally did. The rest is all gonna disappear within a year."

During a speech he gave in October, Trump, stated, in fact, that one of his first 100-day priorities as president would be to "...cancel every unconstitutional executive action, memorandum and order issued by President Obama."