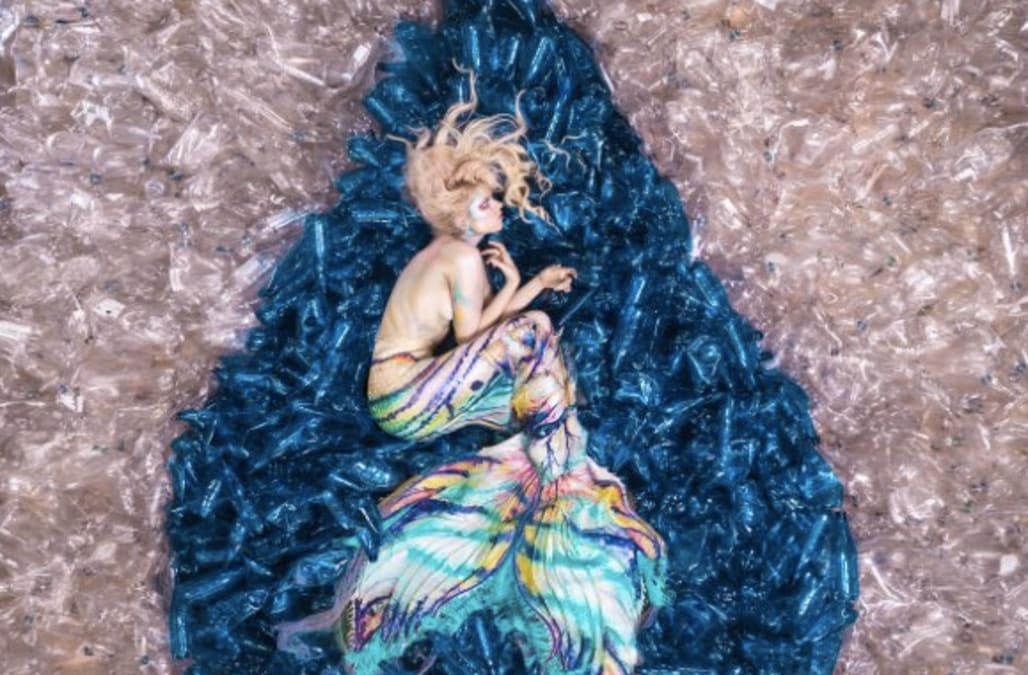 A self-taught photographer used 10,000 plastic bottles and one human mermaid for a photoshoot to raise awareness about pollution caused by plastic.

After finding out that an average person uses up a shocking 10,000 plastic bottles in their life, Los Angeles-based Canadian artist Benjamin Von Wong decided to alert people to the risks of this type of pollution in an artistic way.

Artist uses a mermaid and plastic to raise pollution awareness
Shedding a tear for the amount of plastic in the ocean :( #mermaids #mermaidshateplastic #plastic #pollution @claracloutier @cyntault_creations @tamsen.rae
We put a #mermaid getting sucked down a whirlpool of plastic. Tag a friend! Save the mermaids! www.mermaidshateplastic.com #vonwong
This is a mermaid lying on 10,000 plastic bottles. You need to see it on a bigger screen than your phone ! Check out how we did it on the description link #mermaids #mermaidshateplastic makeup
One day left to get the chance to win this photo. Link in bio blog post (and scroll down!) #mermaids #giveaway #competition
New huge shoot releasing tomorrow with 10,000 plastic bottles and a mermaid. Be the first to be notified. www.mermaidshateplastic.com #vonwong BTS photo by @martinlacassephoto #mermaid #plastic #pollution #awareness #natgeo #campaign #savetheworld
Now I can say that I know what it's like cleaning a lifetime's worth of plastic bottles (10,000 give or take) #mermaid #vonwong #garbage photo @annatenne
Soon to be reveal the final part and the photos of this epic shoot! Check out @vonwong for more! #bts #martinlacassephoto #vonwong #nature #recycle #savetheplanet
Up Next

The photographer said he used hyperrealistic imagery and creative storytelling to engage the audience and make a positive impact in the world.

To develop his project, he borrowed the plastic bottles from a waste management center, a warehouse from his friend's company and recruited a team of volunteers. He also got support from professionals including a costume designer, a makeup and hair stylist, a painter, and a model.

He completed his project, named "Mermaids Hate Plastic" in about a week.

The video of the making process has been viewed more than seven million times within four days on the artist's Facebook page.

Von Wong attempted to get support from celebrities, such as Leonardo Di Caprio to sign the pledge, hoping to spread his message more broadly.